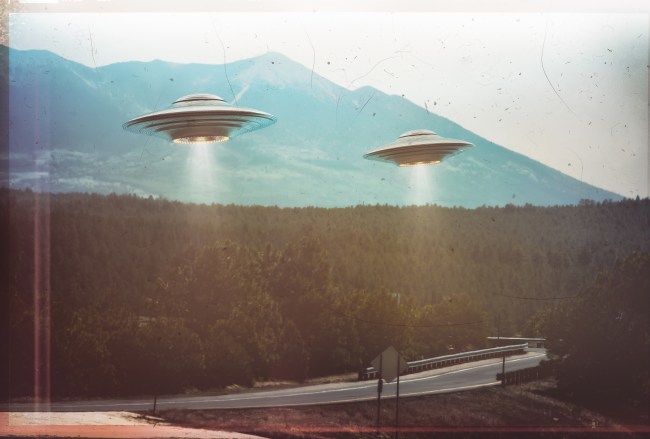 There hasn’t been many events in the internet era that have spawned better memes and storylines than the Area 51 saga. Rarely, if ever, has a branch of the United States military intervened over a Facebook group about alien hunting. And never has a Facebook group about alien hunting amassed more followers than the entire population of Dallas, Texas.

The Area 51 happenings are the gift that keep on giving, and the people who have booked the surrounding hotels to full capacity on the night of the planned raid are breathing enough life into the phenomenon that no one can look away.

In the latest bushel of content, people are conjecturing on what the earth mysteriously lost that could possibly be rediscovered at Area 51. Some of these will take you back.

The only logical explanation for where these went. #FoundAtArea51 pic.twitter.com/TOSGPRh6on

The actual season 8 of game of thrones. #FoundAtArea51

My dad after his 15 year trip to Walmart #FoundAtArea51 pic.twitter.com/BBE290IYRY

All my Bic lighters I swore the closest person to me cuffed. #FoundAtArea51 pic.twitter.com/dkwPbwUgct

#FoundAtArea51 all the Tupperware lids that have gone missing over the years pic.twitter.com/ShXlpnvtbM

If the only thing we discover from Area 51 are those Doritos 3D’s, I would consider it a monumental achievement for mankind.