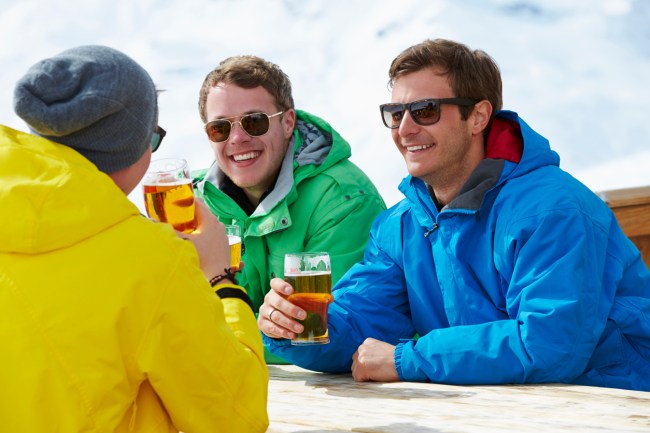 It’s that time of year once again when the dull and drab, depressing and otherwise worthless crap show that is the atmosphere inside this whirling rock called Earth takes a heaping dumb on most of the population. All there is to see outdoors is grey skies, early darkness and other spirit sucking elements that only come around during the winter months and force butt loads of psychologically challenged humans (which is most of us) down a depressing rabbit hole into a suicidal abyss.

No doubt, the situation is far worse for those poor bastards living in the northern parts of the world where the weather is of an apocalyptic nature. It is in these locations where people have nothing to do until the spring thaw but drink, drink and drink some more in hopes of killing enough brain cells to forget about how they were dealt the shit card by the dickhead dealer of the universe when they were squeezed out of their mommas’ birth canal. If you listen carefully, you can almost hear these frigid fucks screaming at the top of their lungs, “Why Lord, why… why couldn’t you have sent me shooting out of a poontang portal somewhere in the Caribbean?”

It is in colder climates where people are destined to become hardcore alcoholics, according to the latest research from the University of Pittsburgh. These findings, which were published in the journal Hepatology, shed some light on just how vital it is to the overall mental health of humankind not to exist in a greyscale world of ice, snow and spine curling cold for extended periods of time.

According to the study, shithole climates (that is to say those that are overcast and cold most of the time) are a detriment to public health and safety because they are contributing to unnecessary deaths related to booze consumption. It seems that less than comfortable temperatures and a lack of sunlight is driving people to drink themselves into a state of yellow-eyed doom.

“This is the first study that systematically demonstrates that worldwide and in America, in colder areas and areas with less sun, you have more drinking and more alcoholic cirrhosis,” said lead researcher Ramon Bataller told the BBC. 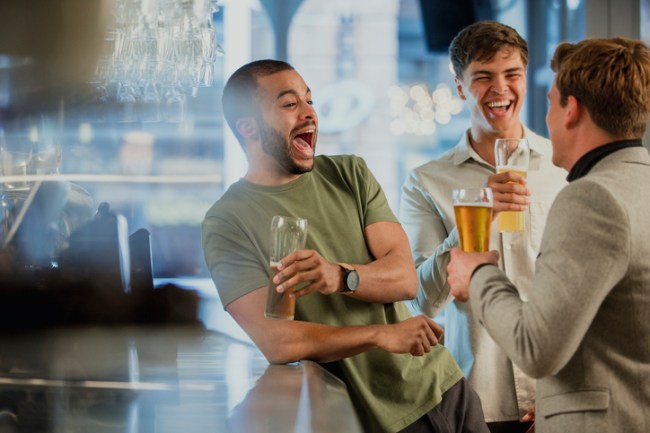 This study comes on the heels of a report published earlier this year that finds no amount of alcohol is fit for consumption. It shows that nearly 3 million deaths happen each year as a result of alcohol use, mostly because the average drinker has such a cavalier attitude about the potential health risks associated with imbibing in this socially acceptable drug. Regardless of whether a person lives in Bangor, Maine or Miami, Florida, Americans have always been a smidgen overzealous with their booze consumption.

However, researchers believe that the results of this study might perhaps inspire legislative forces to get serious about imposing stricter regulations on booze advertising. The idea is that by not subliminally brain-porking people into thinking they need alcohol to get through this dismal period, it might make put them on the wagon and give them more time on this planet to be miserable fucks. Maybe, just maybe, implementing a little bit of damage control in spots where a large percentage of the population is cold, hopeless and starved to climb out of the cesspool of the mundane, could save lives.

Bataller suggests that if society understood that self-medicating in 12-ounce doses was causing them bodily harm, they might exercise a little caution before telling their old ladies, “Grab me another beer, will ya?” He even goes as far as to suggest that the alcoholic prone population might want to pack their shit and move to a sunnier neck of the woods. You know, head south to stay sober.

“If you have a genetic predisposition to alcohol abuse, maybe you should avoid super cold areas,” Bataller said.

Although we have never claimed to be any more scientific than that of an amateur gynecologist, the consensus around the office today is that “Sure, we drink a lot because it is cold, dark and depressing outside. But then again, we’d knock back just as much booze if we were sitting on the beach somewhere with blue skies and temperatures above eighty. Hell, we might even drink more. Good times have a way of inspiring drunkenness. That’s just the way it is. So, do what needs to be done to have some fun in life. If that means drinking your way through the winter months, so be it.

We’ll be right behind you.