Kaia Gerber And Pete Davidson Breakup, Couple Split After ‘It Got Overwhelming’ For Model 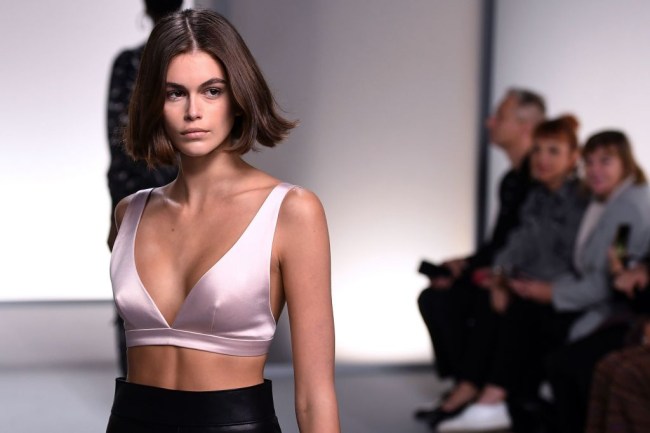 The celebrity relationship between Kaia Gerber and Pete Davidson has reportedly ended. After only three months of dating, the SNL comedian and model ended their romance after it became too “overwhelming” for Kaia.

However, there were signs of trouble in December when Kaia’s parents were photographed outside her NYC apartment and they appeared to be genuinely in fear. Rande Gerber was allegedly overheard saying: “He’s got scratched out eyes. His face was like scared as if someone or a camera was on him. His eyes are very… and he’s like freaking out.” Many speculated that he was talking about Pete.

According to a witness, Rande also reportedly told his wife: “How in the hell can he… be away… he needs help my God that’s crazy… private rehab, ummm, like in an hour.”

Then there was the last SNL episode of 2019, where Davidson hinted that he was going to rehab. Davidson told the audience that he’s “going on a little vacation.”

“You know, the kind of vacation where insurance pays for some of it, and they take your phone and shoelaces,” Davidson said. “And you have roommates, but it still costs like $100-grand.”

Now, only three weeks after that episode aired, it appears that the couple has split for good. Page Six is reporting that the relationship is over.

“It looks like Pete and Kaia are over,” a source said. “It got very overwhelming for Kaia. Pete has a certain M.O. and he’s very intense to his girlfriends. Kaia is only 18 and it’s a lot to deal with.”

“I think it’s safe to say that Pete has been getting some help,” another source stated. Pete has kept a relatively low profile in recent weeks, only publicly seen at Alexander Wang fashion show where he was one of the models that walked the catwalk. Coincidentally, Davidson initially met Kaia at a fashion show.

Meanwhile, Kaia is modeling for Louis Vuitton in Miami this week.

Gerber was spending some quality time with 13 Reasons Why actor Tommy Dorfman, who shared a photo of the two in an embrace with the caption: “portrait of a respectful gay hand.”

Antoni Porowski from Queer Eye also shared a photo with Kaia from South Beach this week.

This is the latest Pete Davidson breakup. He previously dated actress Margaret Qualley for a short amount of time, the widely publicized four-month relationship with Kate Beckinsale, the messy split with Ariana Grande, and he dated Larry David’s daughter Cazzie David.