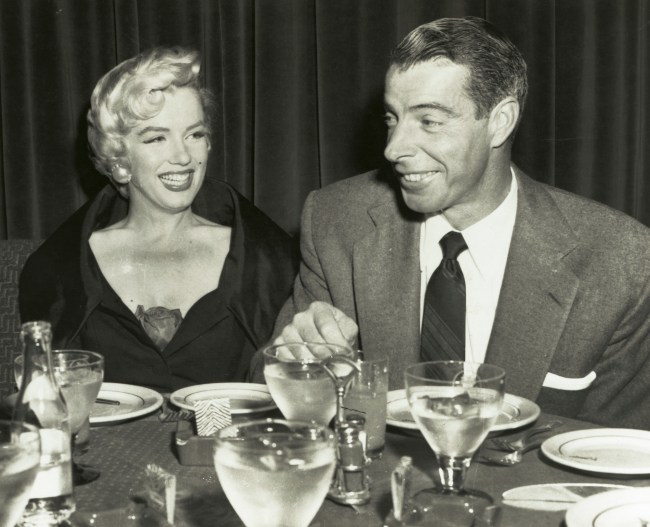 Joe DiMaggio’s 56-game hitting streak in 1941 is “perhaps the most enduring record in sports,” according to the New York Times. He won NINE World Series championships and was an All-Star for all 13 seasons he played in the majors. He’s a member of the Major League Baseball All-Century Team. He married one of the most iconic sex symbols in modern day history in Marilyn Monroe. New York’s West Side Highway was officially renamed The Joe DiMaggio Highway in his honor.

Of all the accolades that make up Joe DiMaggio’s legacy, none will be as enduring as what was revealed yesterday.

During an interview with Mike Francesa on Tuesday, Pete Rose recalled a 23-day tour that he and DiMaggio took in Vietnam to visit U.S. military personnel. Rose claims they were plopped down in a part of the jungle with no plumbing, which made showering a tandem experience.

I’ll let him take it from here.

One piece of history from Vietnam that wasn’t in Forest Gump: pic.twitter.com/q13cqxqR1S

Joe DiMaggio’s gravestone needs to be updated to say “A Penis With A Man Hanging From It.” I’ve never heard that phrase before but I’m so glad I’m armed with it going forward.

Rose goes on to say that the Yankee great’s hog was so massive, he needed three shower shoes–two for his feet and one to make sure his anteater didn’t hit the ground.

One of the greatest baseball players of all-time and a baby arm of a hog. Sometimes I think God is just fucking with all of us.

At least the man above fucked up his teeth.