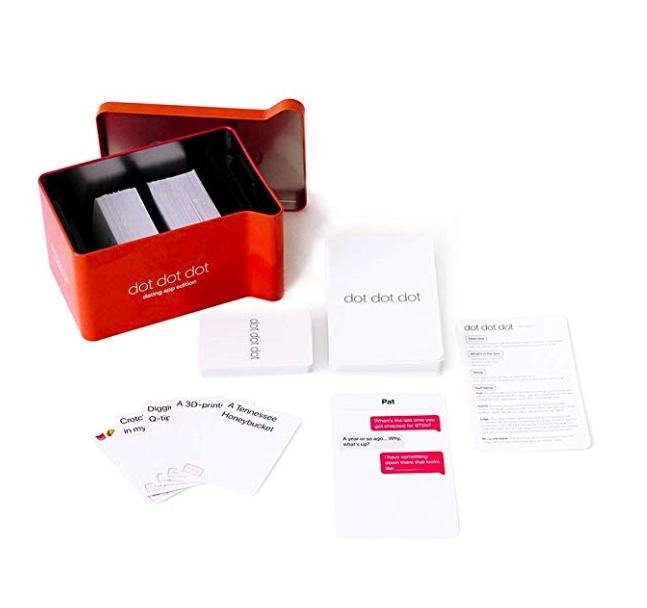 Presented in partnership with Player Ten…

Looking for a new card game to replace Apples to Apples or Cards Against Humanity? Love exploring your dirty little mind and not getting in trouble for it? We’ve got a new game called Dot Dot Dot – Dating App Edition that’s perfect for you.

We’ve all heard stories, or have been involved in, filthy, unbelievable and downright dirty AF online dating exchanges before, where someone gets legit outraged over something that’s said, which usually leads to being blocked and (possibly) reported. Who needs that? Definitely not me, which is why it’s time to let your dirty mind come to life — without judgement — with Dot Dot Dot – Dating App Edition. 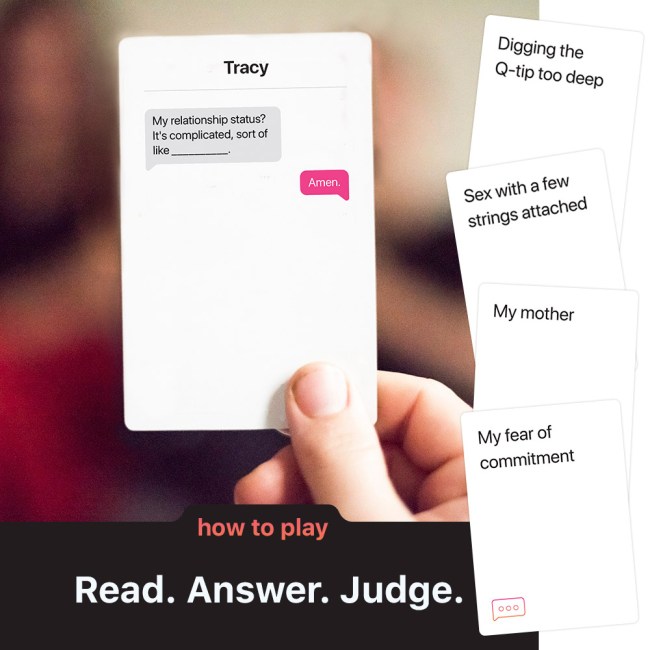 Sound interesting? It should, because Dot Dot Dot – Dating App Edition is the grown-up card game that might just explain the real reason why you’re not having success on online dating apps, showing that your filthy mind’s to blame while messaging all those matches you swipe right on. Here’s how it works.

BOOM! You actually get rewarded for completing a conversation in the funniest and foulest way, proving to your friends that you’ve got no shame when it comes to how you go about online dating. We just don’t recommend really duplicating such messages when you’re trying to score a date, because your matches might not find it as hilarious; just sayin’. 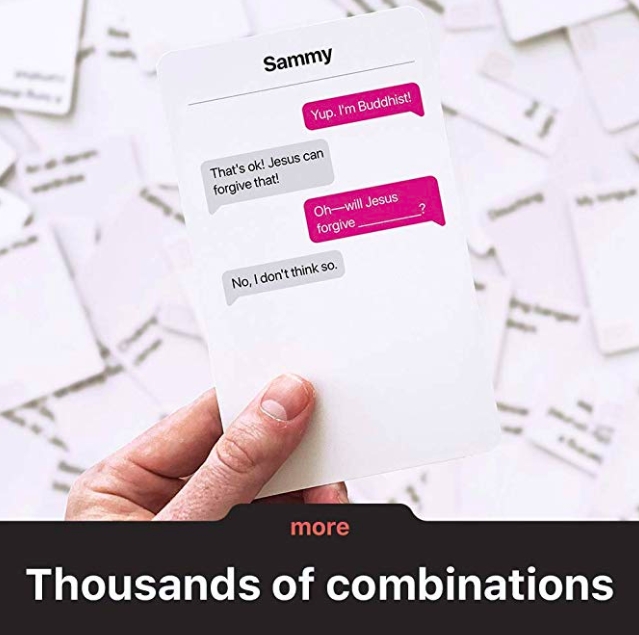 No need to worry about offending anyone while playing Dot Dot Dot – Dating App Edition, because there really are endless possibilities — you just need to explore them. So go ahead and see how you and your friends can complete the over 50 conversations 300 answer cards, figuring out who’s the ultimate filth-ball when it comes to online dating messages.

Made for people 17+, Dot Dot Dot – Dating App Edition is perfect for parties of more than four, and can be played in about an hour; but don’t be afraid to run it back after a couple drinks to see how things really get a little nasty. 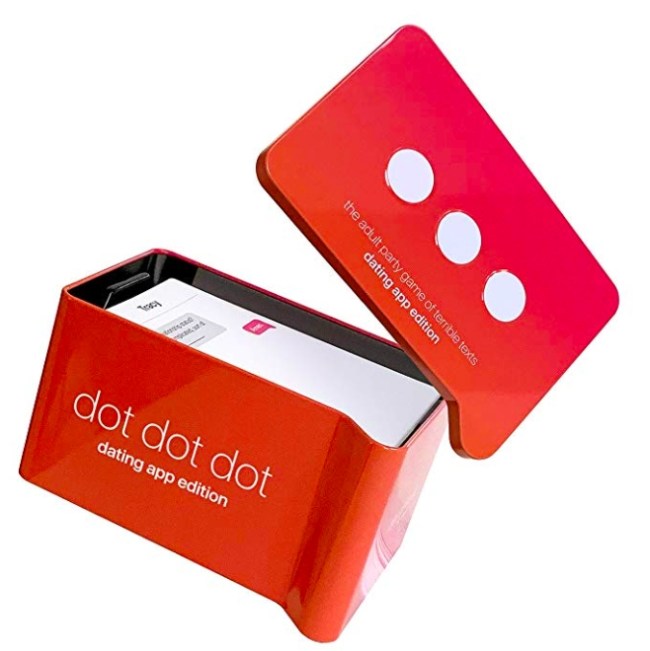