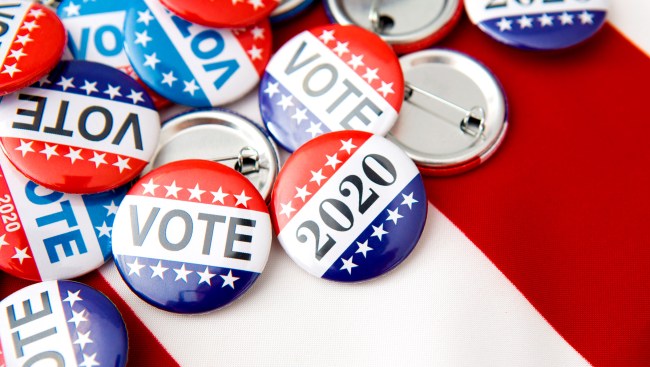 Does your first name have anything to do with the way you vote? The answer to that is obviously no. However, it is interesting to see how the names we were given by our parents many, many years ago break out when it comes to American citizens’ preferences for who they are voting for to be the next President of the United States.

In fact, it’s so interesting that none other than the New York Times decided to analyze polling data to determine the vote preferences of 102 common first names.

Over the past two months, The New York Times and Siena College have conducted polls in almost every battleground state, creating a large database of likely voters and their preferences. This database allowed us to take an unusual look at the American electorate — one based on first names.

In perhaps the biggest suprise of the 2020 election, the results show that Karens actually support Joe Biden for President by a 60% to 40% margin.

Meanwhile, the top first name in Trump supporters is Richard by a margin of 64% to 36%.

Of course, people named Karen are rarely actually the name of the “Karens” that we’ve seen infiltrating our towns and threatening the very fabric of our society.

As for Richards, or Dicks, supporting Trump… well, you can make your own jokes there.

The rest of the top 10 first names for Biden include Barbara, Lisa, Patricia, Elizabeth, Susan, Mary, Christopher, and Joseph.

Want to see how people with your first name are planning on voting? The Times put together a searchable table with all 102 names for which they had at least 30 respondents that you can view here.

For what it’s worth, 56% of the guys named Douglas say they’re voting for Trump.