A ‘Potentially Hazardous’ Asteroid Will Be Barrelling Through Earth’s Orbit At Over 20,000 MPH On Friday 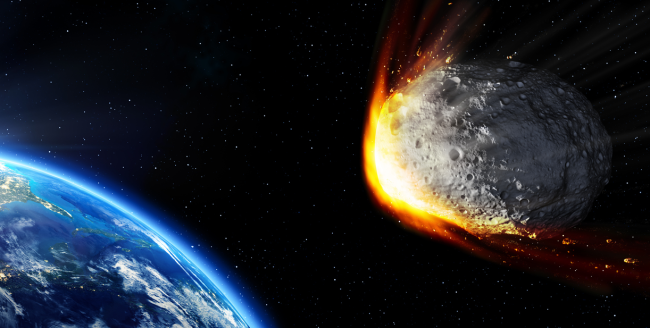 An asteroid named 2015 FF, classified as “potentially hazardous” by NASA, will fly by Earth at more than 20,000 mph on Friday.

The asteroid, considered to be a near-Earth objects (NEO) by the space agency because it will come within 120 million miles of Earth, is between 42 to 92 feet in diameter.

At its closest approach, the asteroid — traveling at around than 27 times the speed of sound — will come within about 2.67 million miles (4.3 million kilometers) of Earth, a little more than eight times the average distance between Earth and the moon. By cosmic standards, this is a tiny margin.

NASA’s Center for Near-Earth Object Studies (CNEOS) states that “currently there is no known significant threat of impact for the next hundred years or more.”

However, there is always the threat of the gravitational tug of Earth altering the asteroid’s orbit (called the Yarkovsky Effect). If that were to ever occur there isn’t much we could do to stop it, but NASA’s Double Asteroid Redirection Test (DART) has been working on possible solutions.

Last year, JAXA, the Japanese equivalent of NASA, attempted to deflect an asteroid, but all they succeeded in doing was creating a new crater on the space rock.

In 2019, one of the members of DART, Professor Alan Fitzsimmons of Queen’s University Belfast’s Astrophysics Research Centre, warned, “We will get a serious asteroid impact sometime. It may not be in our lifetime, but mother nature controls when that will happen. We will need to do something about it. We’ll need to move that asteroid so it misses us and and doesn’t hit us.”

NASA has previously revealed 10 specific dates when an asteroid named 99942 Apophis, nicknamed “The Colossal God of Chaos,” could smash into Earth on April 12, 2068 so time is quickly running out.