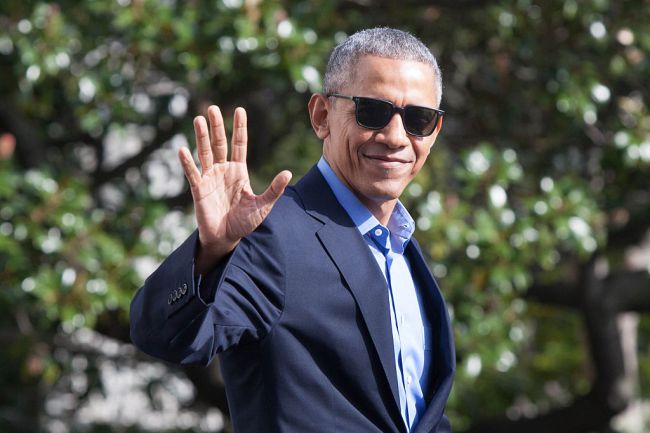 In a recent interview with Entertainment Weekly, Barack Obama, the 44th President of the United States, revealed the shows he’d watch when he needed a break from writing his new 768-page memoir (that’s only part one!), and two of the series he name-checked just so happen to be two of the most intense entries into the superhero genre in recent years: HBO’s Watchmen and Amazon Prime Studio’s The Boys.

Better Call Saul, because of its great characters and examination of the dark side of the American dream. The Good Place — it’s a wise and sweet combination of goofy comedy and big philosophical questions. And Watchmen and The Boys, for how they turn superhero conventions on their heads to lay bare issues of race, capitalism, and the distorting effects of corporate power and mass media. Oh, and the NBA playoffs — because it’s hoops!

While not necessarily similar in content, Watchmen and The Boys are certainly related when it comes to themes, as President Obama rightly points out that the pair of series has far more on their minds than the average comic book fare.

Watchmen, which hit HBO in the summer of 2019, heavily explored race in America — in fact, it introduced a shocking number of people to the Tulsa race massacre — while The Boys focuses on ideas like corporate greed and capitalism.

Unfortunately for both us and Barry O, it’s looking like Watchmen was a one-off miniseries. The Boys, on the other hand, will debut their third season in 2021, with future seasons and spin-offs also in the works.