Prince’s Just-Released Recording Of ‘Nothing Compares 2 U’ Is Incredible, As Is The Story Behind It 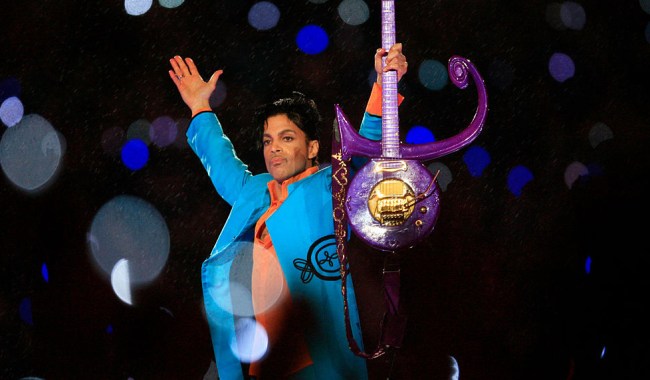 In 1984, iconic musican and songwriter Prince penned the now famous song “Nothing Compares 2 U.” However, as any fan of his knows, he didn’t end up recording the song for himself. Instead it gained its fame thanks to a haunting rendition sung by Sinead O’Connor in 1990.

That, however, was only a sliver of the story behind the song, who it was about, why Prince didn’t record it himself, and what he really thought of Sinead O’Connor’s version.

Thirty-four years after he wrote the song, and 27 years after O’Connor made it famous, the original recording of Prince performing “Nothing Compares 2 U” has finally been released.

According to the Guardian, he actually wrote the song for The Family, a band Prince had put together, but never really ended up promoting. If you’ve never heard of them, you’re not alone, but here’s what their rendition of the song sounded like.

One day, he went into a room with a notebook and, within an hour, emerged with the lyrics to “Nothing Compares 2 U.” Rogers, who witnessed many such bursts of creativity, remembers, “The song came out like a sneeze.” As usual, she rolled the tapes as Prince laid down instrument after instrument, mixing and overdubbing in the same session (Eric Leeds overdubbed the sax part three days later). Rogers felt the finished song was “exceptional, in his Top 10,” but has a compelling theory about why Prince didn’t release the song under his own name (a live duet with Rosie Gaines appeared years later, on the 1993 compilation, The Hits/The B-Sides).

“He wasn’t living with anyone, but he was a young man writing about domesticity. The line ‘all the flowers that you planted in my back yard went out and died’… it would have been [Prince’s housekeeper] Sandy who planted those flowers. ‘And I know that living with me baby is sometimes hard, but I’m willing to give it another try…’ There was no romantic relationship with Sandy. It’s not a pained ‘Help me, baby’ track. It’s: ‘You’re gone and I miss you,’ which is probably why he felt comfortable giving the song away to The Family. He released his material based on what he wanted us to know about him and, wonderful as it is, he didn’t want it to represent him.”

Paul “St. Paul” Peterson, the singer in The Family, loved O’Connor’s version of the song and told Prince that despite it not being him that made it famous, he was happy that Prince would making a lot of money from her recording. The Purple One wasn’t having it though.

“He went: ‘Money?! It’s not about money!’ He told me he didn’t like it [O’Connor’s version],” revealed Peterson. “Unless he asked them, he didn’t like anyone covering his songs.”

Here’s the original and only solo recording of Prince singing one of his greatest songs, complete with actual rehearsal footage of Prince and the Revolution in 1984

If this is just a taste of what’s still locked away in Paisley Park and what we will be getting to hear in the coming years, then I say bring it all on. The man, even in death, is still proving that he was a freaking musical genius.