Protestors Show Up To Louis C.K.’s Comedy Show, Jokes About Who His Real Friends Are 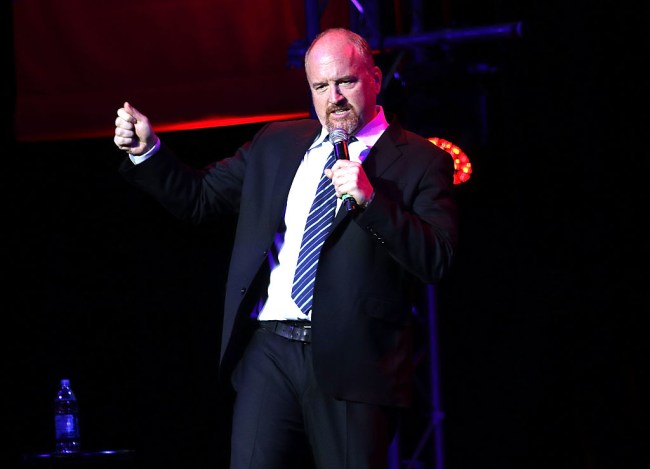 Louis CK has yet to have an advertised show since he was accused of several sexual misconduct incidents last year. The 51-year-old has been tipping his toes back in the comedy waters by dropping in unannounced to perform new material. Just last week at NYC’s West Side Comedy Club, Louis spoke publicly about the elephant in the room for the first time, saying things like “it’s been a weird year” and claiming he’s been to “hell and back.”

Monday night was the first first time New York’s Comedy Cellar had advertised that Louis would be performing since the allegations more-or-less put him into hiding for most of the year.

One woman held a sign that read, “When you support Louis C.K., you tell women your laughter is more important than their sexual assaults and loss of their careers.”

Protestors urged people to walk out of Louis’ set, but according to a New York Times report, the comedian was met with a mostly receptive crowd.

Louis spoke on his allegations for a few moments, saying:

“So what kind of year have you guys had?” he asked the crowd at one point. “They tell you that when you get in trouble you find out who your real friends are. It’s black people, it turns out. They’ll stick by you.” C.K. also hit the audience with some self-pity, claiming he went to hell and it’s “not that bad.”

It will be interesting to see Louis’ trajectory from here. The general public likely won’t let him tiptoe around the allegations and back into the limelight. He’s going to need to do something beyond dropping a couple lines onstage at a gig.