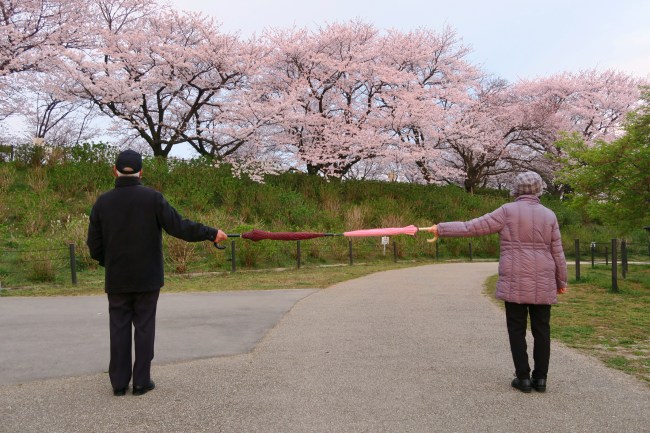 It feels like we’ve all been under ‘stay at home’ orders for all of 2020 despite the fact that it’s only been about a month for most Americans. As of March 23, nine states had issued stay at home orders. By March 30th, that number jumped to 30 states. But it feels like this has lasted for months.

It was only a matter of time until the fatigue set in. Humans are social creatures. As a species, we thrive on being around others. It’s in our nature. Being locked up inside under ‘stay at home’ orders and told to spread out in public was only going to last so long for some people before they started to get antsy and complacent.

The Washington Post shared a study which tracked 100 million smartphones in America for location data. What they found was for the first time since the ‘stay at home’ orders were issued, more Americans started moving around instead of staying put. The % changes might appear small-ish, around 2% in some cases. But that’s still 2 MILLION Americans in the context of this study.

Here’s what they found:

“We saw something we hoped wasn’t happening, but it’s there,” said Lei Zhang, lead researcher and director of the Maryland Transportation Institute at the University of Maryland. “It seems collectively we’re getting a little tired. It looks like people are loosening up on their own to travel more.”
…
…
By April 17, the researchers found, the share of people presumed to have stayed home — meaning their phones didn’t move at least a mile that day — declined from a national average of 33 percent to 31 percent, compared with the previous Friday. That came after six weeks of the staying-home percentage increasing or holding steady. (via WaPo)

Here you can see a map which shows the changes in movement/social distancing with Midwest states becoming more strict while the Bible Belt got much more active:

A new study shows we are gettting quarantine fatigue. Fewer people are staying home. Only a slight trend, but a worrying step in the wrong direction.

To overcome the pandemic, we need to continue to listen to the science & be patient. We can do this!https://t.co/qoxVq6rCMO pic.twitter.com/kJHaVVpnCX

What this means is that the % of Americans who traveled less than 1 mile from their homes dropped from 33% to 31%, so two MILLION more Americans were out and about. They also found an increase in travel between counties and state lines. The number of ‘personal trips’ also grew from 2.4 to 2.5 per person (go ahead do the math on that for 100 million people) while the number of ‘work trips’ stayed steady.

Unfortunately, due to the nature of this virus, it usually takes weeks to see if these relaxations in social distancing will cause spikes in cases.

The nationwide shift during the week of April 13 was relatively slight. However, any loss of momentum, particularly when stay-in-place orders remain in effect across most of the country, has some public health experts worried about “quarantine fatigue.” Any increase in travel, they say, is premature when staying home remains the most effective way to limit the spread of the virus until widespread testing and contact tracing become available. (via WaPo)

When social distancing works as advertised and the curve is plateaued or flattened it makes it look like the threat of contracting the virus is less severe when in reality, all it takes is people to go back into crowds and the numbers will continue to spike again. So worldwide, we're seeing people who are suffering from cabin fever and just want to run errands AND the effectiveness of social distancing is falsely making some people think they can just ignore the 'stay at home' rules. That's where we're at.

For a full rundown on the study you can click here to visit The Washington Post which has regional information on the changes.