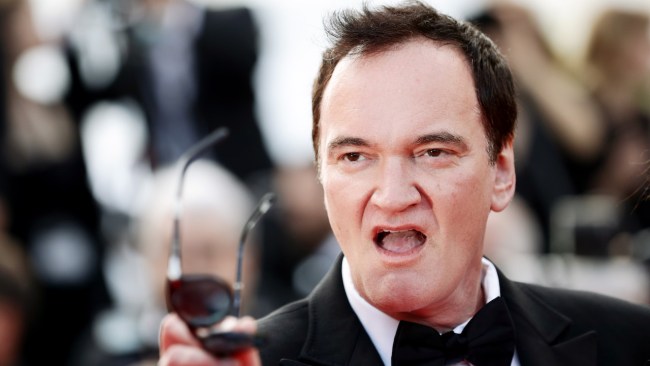 If there’s one thing Quentin Tarantino enjoys as much as making movies, it’s talking about movies, which is why the acclaimed director has spent his recent and upcoming years working on a film discussion podcast and a new film criticism book titled Cinema Speculation.

During a recent appearance on Jimmy Kimmel Live! to promote the book, Tarantino — in addition to addressing Kanye’s insane claim that he came up with the idea for Django Unchained — detailed a list of films that he considers to be perfect.

Beginning with The Texas Chainsaw Massacre, Tarantino — in traditional erratic Tarantino fashion — launched into a passionate diatribe about other movies that he considers to be perfect, with many of them (such as Jaws, The Exorcist, Annie Hall, Young Frankenstein) being released in the 1970s, the years of Tarantino’s youth.

Quentin Tarantino listed a bunch of movies that he considers to be perfect, with a majority of them being released in the 1970s

“Well, there’s not many of them. That just bemoans the fact that the film art form is hard. And look, when you say perfect movies you’re talking about any individual person’s aesthetic. But even trying to account for all aesthetics, but the perfect movie kind of crosses all aesthetics to one degree or another. Might not be your cup of tea but there’s nothing you can say to bring it down,” Tarantino began.

While watching Tarantino speak about film with such passion is obviously enjoyable, the fact remains that he’s one of the world’s best living directors and anytime he spends not making movies is a loss for us all.