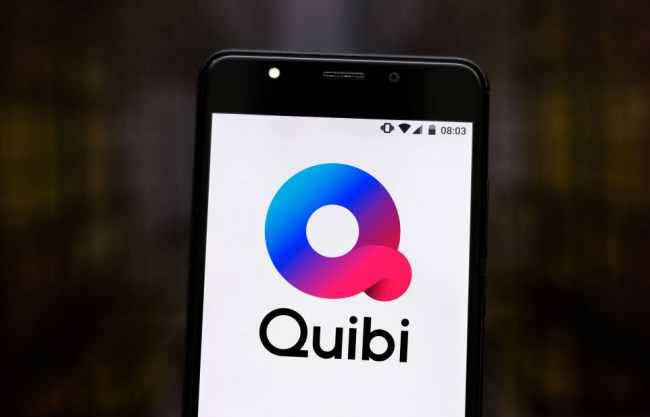 Virtually everyone has had at least one of those moments in life where a brilliant idea suddenly pops into your head; the kind of thought that makes you hurriedly shove all of your others away like a high schooler attempting to hide the evidence of a house party after learning his parents are getting back earlier than anticipated so you can focus on the concept you just know is your ticket to the fame and fortune you’ve always dreamed of.

From there, you’ll stay up until the wee hours of the night texting friends about your plan to revolutionize the world as we know it, Googling “what is a business plan,” and buying those markers that let you write things on glass because everybody knows that’s one of the prerequisites of being a visionary.

However, it’s usually only a matter of time until everything falls apart when you run out of cocaine and/or pass out from the booze you were drinking when you dreamed up the concept in the first place. When you wake up the next morning, you’re greeted with nothing but the throbbing headache that has replaced the idea at the forefront of your mind, barely intelligible notes, and a text from someone that reads, “That sounds exactly like Snapchat.”

At that point, most people cut their losses but there are others out there who won’t let pesky things like “virtually no indistinguishability from established competitors” or “a laughably saturated marketplace” or “almost no mass appeal” get in the way of achieving their goals, which is how the world was introduced to Quibi.

Quibi is the brainchild of Jeffrey Katzenberg, a media mogul who made a name for himself during the decade he spent as the chairman at Walt Disney Studios before going on to pursue a few other ventures that led him to the one we’ll be discussing today. He’s the kind of guy who probably hasn’t been told “No” since the start of the millennium—including when he solicited some of the biggest entertainment companies in the world to help him realize his vision and received $1.75 billion in funding when everything was said and done.

This “vision” in question was attracting users by giving them big names in small doses on an equally small screen, as Katzenberg theorized breaking down content into 10-minute “quick bites” (which he attempted to make a thing but could not) would be appealing to a modern audience with a rapidly degenerating attention span and a crippling addiction to their phones.

Quibi had a star-studded lineup of content ready to go when it launched back in April and decided to lure in viewers with a free three-month trial so they could gain access to top-tier programming like the zany adventures of Anna Kendrick and the sex doll that looks like her as well as Rachel Brosnahan obsessing over a golden arm.

Losing my fucking MIND at this Quibi show where actual Emmy winner Rachel Brosnahan plays a woman obsessed with her golden arm pic.twitter.com/rSfqCv75SG

I’ve seen a parent use a pair of keys to hold a toddler’s attention longer than Quibi was able to keep the general public interested, and a month later, Katzenberg spoke with The New York Times to downplay the platform’s underwhelming performance because it debuted in the middle of a pandemic, which we all know is a time where absolutely no one is looking for entertainment they can use to distract themselves.

The good news here is that Katzenberg was able to convince people with a bunch of money to throw around that Quibi was a good idea despite all evidence to the contrary, so while the company may have made some incredibly ill-advised financial decisions, it’s still sitting on enough cash to survive for almost another year even if it can’t find any new sources of revenue.

Now, I haven’t seen Quibi’s pitch deck but I assume getting viewers to give them money was a central aspect of their business model based on what I know about how streaming fundamentally works. However, it may have to rethink that strategy, as the initial batch of free trials began to end last week and Variety reports the company has managed to convert 8% of them into paid subscribers. That number could change as more sneak peeks end, but as things currently stand, analysts expect a grand total of 360,000 people to pay to stay on the platform after getting a taste (sorry: “bite”).

Who could’ve known that a guy who has his emails printed out and given to him might not have his finger on the pulse of what people might want these days? Well, basically anyone, but he’s getting paid either way so I guess the joke is on us.

It’s worth noting Quibi clapped back with a statement disputing that report, saying the firm behind the 8% figure had no access to internal data that shows it actually converted…um, an unspecified number it suggests is much higher but probably still nothing to brag about when you consider it conveniently covered up that section of the receipt when it pulled it out:

“The number of paid subscribers is incorrect by an order of magnitude. To date, over 5.6 million people have downloaded the Quibi app. Our conversion from download to trial is above mobile app benchmarks, and we are seeing excellent conversion to paid subscribers—both among our 90-day free trial sign-ups from April, as well as our 14-day free trial sign-ups from May and June.”

I’ll let you be the judge.