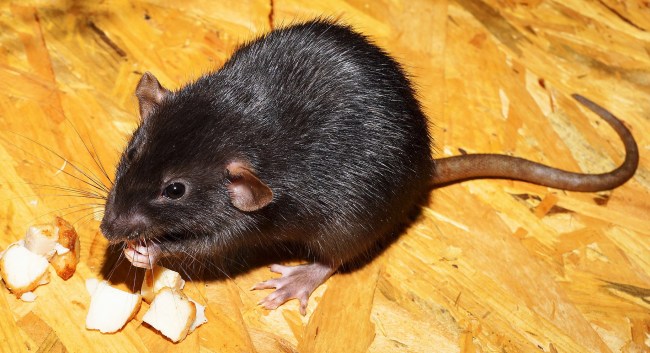 People aren’t the only ones in America who are getting tired of being limited on what they can do thanks to all the pandemic restrictions. So are the rats. Especially New York City rats.

These rats are so famished due to so few people eating out these days that at the select restaurants with outdoor seating they are somehow even more bold than they were before the pandemic.

“It’s Biology 101. Any mammals, if you take the food away you’re going to have abnormal behavior show up really quick,” Dr. Bobby Corrigan, an urban rodentologist, explained to Gothamist.

And here I was all these years not knowing that there was an actual job with the title urban rodentologist.

Considering that, according to Newsweek, there are 2 million rats currently residing in New York City, this is a real problem. (But hey, at least they aren’t sex-crazed monkeys.)

“You wouldn’t believe what’s going on outside my condominium, it’s kind of crazy I hear screaming rats down in the street,” Corrigan said about one phone call he recently received.

“’I’m watching rats, I never seen them play in the park before, they’re wrestling, they’re playing it looks like they’re happy.’ I said, trust me, they’re not playing, somebody is going to be killed shortly and eaten!” he said about another call.

“Last night, a customer had a baby rat running on his shoe and I let you just imagine his reaction,” restaurant owner Giacomo Romano told NBC New York.

On the plus side (I think), Corrigan believes that many of the rats may have gone underground – as in to the sewers.

“Some of them may have only dropped down to the sewer,” he told Gothamist. “A lot of food floats by in the sewers, a lot of people flush things down the toilet, smelly fish pieces and parts of vegetables, even feces.”

While Jason Munshi-South, who teaches evolutionary biology at Fordham University, thinks that the pandemic may have actually reduced the rat population.

“I think that depends on how long this goes on, but I think it has already gone on long enough that there may have been a decrease,” he said. “You know rats can respond really quickly to food supply so if there’s less food they’re not going to reproduce as much.”

That being said, Munshi-South also said that once things get back to normal the rats will begin repopulating and probably get back to similar pre-pandemic numbers.

“Hopefully the lesson we learned in part from this pandemic is we need to be cleaner,” Corrigan added. “Parks, subway, alleys, residents, houses, hotels, hospitals — rats are like ‘show us the slobs and we will show you where we’re gonna set up shop!'”