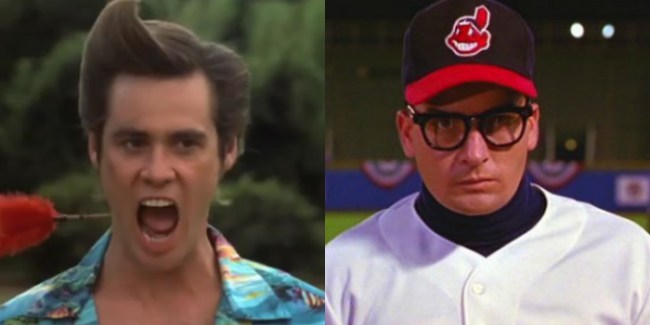 Lured by advantages of already owning the rights to several film titles that already have consumer recognition and a built-in audience, Hollywood is looking to reboot some classic movies including Ace Ventura and Major League. Morgan Creek Entertainment Group, previously known as Morgan Creek Productions, is planning to reincarnate some of their more popular titles and bring them to the big screen and small screen.

Deadline is reporting that Morgan Creek “is making a big push across television, features and digital.” Morgan Creek’s movie title library that spans over 30 years features over 60 movies, 13 of which debuted at No. 1 at the box office. The inventory of movies include Ace Ventura: Pet Detective, Major League, Robin Hood: Prince of Thieves, The Last of the Mohicans, True Romance, Young Guns, Dead Ringers, Diabolique, Pacific Heights, The Crush, and Nightbreed. Morgan Creek is already rumored to be planning to reboot Ace Ventura, Major League, and Young Guns.

“We figured it was the best, most recognizable title to go out with,” Morgan Creek president David Robinson said of Ace Ventura. “We loved the idea behind it and its prospects, domestically and internationally. We wanted to do a mainstream theatrical production relaunch. Because it’s episodic in nature, about a pet detective, it also lends itself to a traditional single-camera series franchise.”

Morgan Creek would welcome Jim Carrey to reprise his one-of-a-kind role of the eccentric pet detective, but see the reboot as a chance for Ace Ventura to hand the baton to a new generation of pet detectives. The franchise might go the Indiana Jones and the Kingdom of the Crystal Skull route where Carrey teaches a long-lost son or daughter the ropes of locating missing animal mascots such as dolphins.

There are “talks underway with a streaming service about a Young Guns movie and TV series,” as well as discussions for a Dead Ringers series reboot. Morgan Creek wants to breathe new life into their films, such as The Exorcist movie that was turned into a Fox TV show five years ago. Morgan Creek is not only looking at movies and TV shows, they are willing to branch out into short-form content, graphic novels, live productions, and video games. With so many streaming services loaded with money searching for content, it makes sense for Morgan Creek to try to capitalize on the ultra-competitive entertainment market.