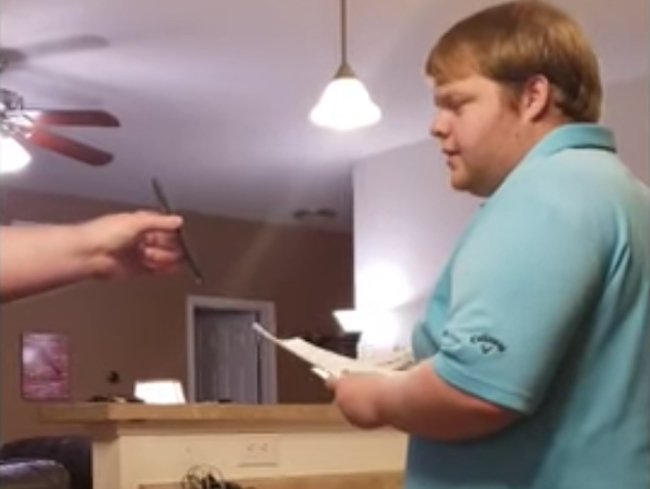 I’m an only child so I don’t quite understand the strength of the sibling bond. I realize not all brothers and sisters don’t have a close relationships, but the ones who are close, tend to look out for their sibling almost like a parent.

Todd Burkemper has been watching over his younger brother Alex since birth. Born six years apart, the pair have always been best of friends.

Todd graduated college in 2011 and has done well for himself as an app designer and senior software developer. The eldest Burkemper was able to save up money, pay off student loans, and build a house in Wentzville, Missouri.

When Alex graduated from college in 2017, Todd invited his younger bro to live with him, rent-free, instead of moving back home with mom and dad.

Todd took the rent collected over the last three years and stashed the money in a savings account for Alex – even adding some of his own money – with the idea that when Alex eventually wanted to buy a house, the money would be used as a down payment.

In May, Alex’s offer on a home was accepted. Todd decided to let Alex in on the secret by showing him a screenshot of the savings account.

Todd and Alex’s parents were there for the big reveal and mom recorded the awesome brotherly moment.