The First Reviews And Reactions To ‘Avengers: Endgame’ Are In And They Are SO GOOD (Spoiler-Free) 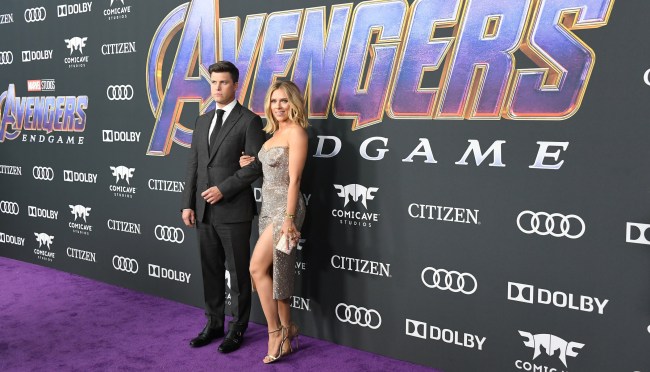 FINALLY. Avengers: Endgame had its world premiere and we have actual reviews and reactions from people who have actually watched it.

Has any sequel to a movie ever had higher expectations than Avengers: Endgame? The anticipation for its release literally began 364 days ago with the premiere of Avengers: Infinity War and has just grown and grown and grown.

Is there any possible way Avengers: Endgame can realistically live up to the hype?

Apparently there is a way because the first reviews and reactions to the film are just overflowing with praise.

Monday night, Marvel rolled out some purple carpet, for Thanos, in Los Angeles for the premiere of the 22nd film in the Marvel Cinematic Universe and ALL of the stars were in attendance (except for one).

Check out some of the reviews and reactions to the premiere of Avengers: Endgame below where terms like epic, blown away, incredible, brilliant, and film of the year are used and get even more hyped.

Just watched Avengers: Endgame. I don’t believe hyperbole is possible for this movie. It is the ultimate Marvel movie in every way possible and words cannot describe how epic it is. And yes, Hawkeye is a rockstar.

I just can’t remember a cinematic experience like the one I just had with #AvengersEndgame. Simply blown away. I feel like that movie was made for every Marvel fan, everywhere.

So I just saw #AvengersEndgame, and you guys aren’t ready for shiiiiit. All the theorizing didn’t prepare you for this. I cried a lot, I flung my hands in the air and screamed out loud. It’s incredible. #EndgamePremiereLA #Avengers #Endgame

#AvengersEndgame is the film of the year. If you thought you’d seen comics brought fully to the big screen already, prepare to reset your expectations AGAIN.#MCU #Avengers #Endgame #EndgamePremiereLA #EndgamePremiere

#AvengerEndgame is an immensely satisfying payoff, not just to Infinity War but to all the films that came before. This is why the MCU. (And I say this as someone who was not especially enamored of Infinity War, FWIW.) ♥️💙💜

The scope of Avengers: Endgame is impossible to put into words. What Fiege & MCU achieved over last 10-years has lead to this gloriously masterful moment in cinema & it’s truly mind-blowing how beautifully paced this storytelling is. Perfectly balanced. As all things should be.

Wow, what a ride. #AvengersEndgame truly feels like the end of an era. And it was done perfectly. I cried so hard, several times, and I cannot wait to see it again. #Endgame #AvengersEndgamepremiere #avengers

Wow. #AvengersEndgame is staggering. It’s surprising in ways I never saw coming and satisfying in ways I didn’t realize I needed. It’s kind of the ultimate gift to fans of the MCU. It’s very long and has a few hiccups, but is everything you’re hoping for and more. pic.twitter.com/RO97kw9fs5

#AvengersEndgame is a masterful epic - a true culmination of 22 films that not only concludes the story, but expands upon it. You’ll learn more about the other movies while this one unfolds. If Infinity War is the brawn, Endgame is the brains. And wow, what an ending! pic.twitter.com/94ttBUQKJ0

I just can’t remember a cinematic experience like the one I just had with #AvengersEndgame. Simply blown away. I feel like that movie was made for every Marvel fan, everywhere.

You guys. This is it! Avengers: Endgame is entertainment from beginning to end. There were tears, laughter, cheering. A lot of cheering. I’m ready to watch it again. The payoff is 💯so plan your bathroom breaks accordingly. #avengersendgame

Avengers: Endgame was great! A masterful conclusion to a saga 11 years in the making. Please go into it as clean as possible- no spoilers! Wow- I’m still in shock! #endgame #AvengersEndgame

Just saw #AvengersEndgame. This tweet will have no spoilers. Instead, it’ll just be emotional gibberish. Thor in this movie is my mood rn. Also, it was so amazing I cried... many times. I will watch this movie so many times. I feel so fulfilled after a decade.

This can't be understated: #AvengersEndgame is everything you want it to be and more. I am absolutely floored. A perfect reflection on the last 11 years that pays off everything in the best way possible. Without question my new favorite Marvel Cinematic Universe film. Stunned. pic.twitter.com/5LvFw9UEBQ