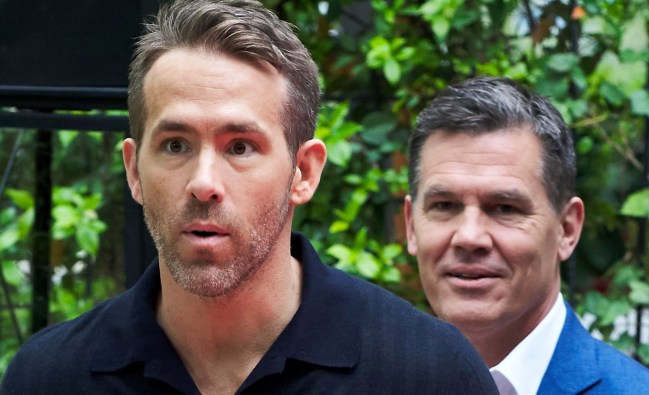 If you’re not following Ryan Reynolds on social media why are you even on the internet?

In the last few weeks alone, Reynolds has masterfully trolled his beautiful wife Blake Lively on her birthday, tormented Deadpool creator Rob Liefeld during an Instagram Live session, and told a woman whose son wants to watch Deadpool to lie, because that’s what he does with his children.

The first was a behind-the-scenes video of him and Deadpool 2 co-star Josh Brolin having a discussion on the set of the film, oblivious to the fact that Dopinder’s cab is smashing into chairs and walls in the background.

On Friday, Reynolds posted a photo of his favorite target for trolling, Hugh Jackman.

The photo, originally posted on Jackman’s Instagram, shows the X-Men star wearing his medal after receiving the Companion of the Order – essentially the Australian equivalent of being knighted – for his contributions to the performing arts and work advocating the fight against poverty.

This time Reynolds, unlike pretty much every other time, actually had some nice things to say about his buddy Jackman… before slipping the dagger in his back.

“Receiving the Order of Australia is a HUGE deal. And despite what I tell anyone who’ll listen, Hugh Jackman is one of the finest, kindest, hardest working, generous and most talented people I’ve had the privilege to call my friend. There’s nobody better,” Reynolds wrote. “None of this changes the unfortunate fact he’s a complete bastard.”

Jackman’s response to Reynolds’ message was pretty much dead on.

“Cautiously optimistic …. That we are bearing witness to a kind and gentle @vancityreynolds. PS. And then I woke up,” he wrote in the comments.