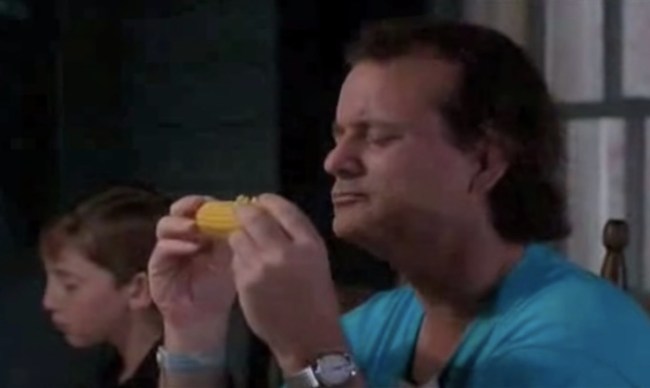 Bill Murray is a national treasure. These days, he can do no wrong. He’ll show up at a bar out of nowhere and start pouring drinks for everyone and then disappear, leaving patrons with a ‘nobody will ever believe you’ story.

But people change, and 68-year-old Bill Murray was a different person back in his Saturday Night Live, Ghostbusters, and What About Bob days. After his divorce to Jennifer Butler in 2008, she accused him of substance abuse (alcohol, sex, and marijuana abuse) as well as domestic violence.

That’s NOT the public image Bill Murray has these days. He’s the guy who showed up to every Chicago Cubs home game the year they broke their World Series drought and the city rallied behind him. But like I said, he wasn’t always this way, at least not according to this recent story shared by Richard Dreyfuss.

Dreyfuss co-starred in 1991’s What About Bob with Bill Murray and it sounds like that set was an absolute nightmare for Richard who claims he was intensely bullied by Bill. In a recent interview, Richard Dreyfuss talked about ‘drunken Irish’ bully Bill Murray throwing an ashtray at his head in one incident.

“I didn’t talk about it for years. He was an Irish drunken bully, is what he was,” Dreyfuss said. “He came back from dinner [one night] walked in and I said, ‘Read this [script tweak], I think it’s really funny.’ And he put his face next to me, nose-to-nose. And he screamed at the top of his lungs, ‘Everyone hates you! You are tolerated!’”

“There was no time to react, because he leaned back and he took a modern glass-blown ashtray. He threw it at my face from [only a couple feet away]. And it weighed about three quarters of a pound. And he missed me. He tried to hit me. I got up and left.” (via Jezebel)

This story gels with the Bill Murray who was rumored to have punched Chevy Chase on the set of Saturday Night Live back in the day, a rumor that’s been shared so many times it is practically fact at this point.

This anecdote from Richard Dreyfuss came from a recent interview shared on People, and if you’re interested in the full story you can click here to check that out.