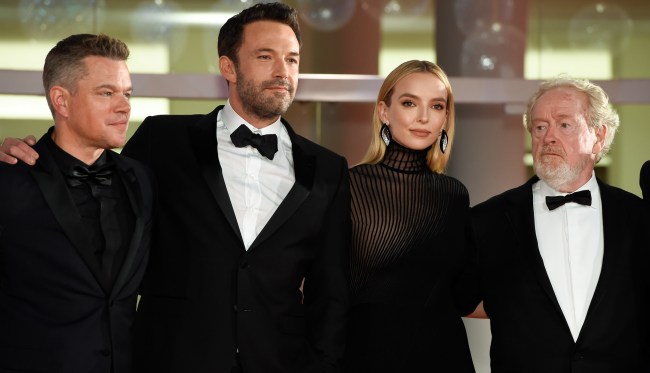 Add one more thing millennials have killed to the list: Ridley Scott’s movie The Last Duel.

At least, that’s how he sees it.

Scott’s most recent film, The Last Duel, was released in theaters on October 15 and unfortunately for him, his $100 million film only managed to gross $28.1 million. This despite the film, which stars Matt Damon, Jodie Comer and Adam Driver, currently sitting at scores of 85% by critics and 81% by the audience on Rotten Tomatoes.

During an episode of the WTF podcast published on Monday, Ridley Scott informed host Marc Maron, “I think what it boils down to — what we’ve got today [are] the audiences who were brought up on these f—ing cellphones. The millennian [sic] do not ever want to be taught anything unless you’re told it on a cellphone.

Scott added, “This is a broad stroke, but I think we’re dealing with it right now with Facebook. This is a misdirection that has happened where it’s given the wrong kind of confidence to this latest generation, I think.”

The screenplay for The Last Duel was written by Nicole Holofcener, Ben Affleck, and Matt Damon, based on the 2004 book The Last Duel: A True Story of Trial by Combat in Medieval France by Eric Jager.

“We all thought it was a terrific script,” Scott told Maron. “And we made it. You can’t win all the time. I’ve never had one regret on any movie I’ve ever made. Nothing. I learned very early on to be your own critic. The only thing you should really have an opinion on is what you just did. Walk away. Make sure you’re happy. And don’t look back. That’s me.”

So it’s all the millennials’ fault, and Ridley Scott doesn’t look back – though he just did. Got it.