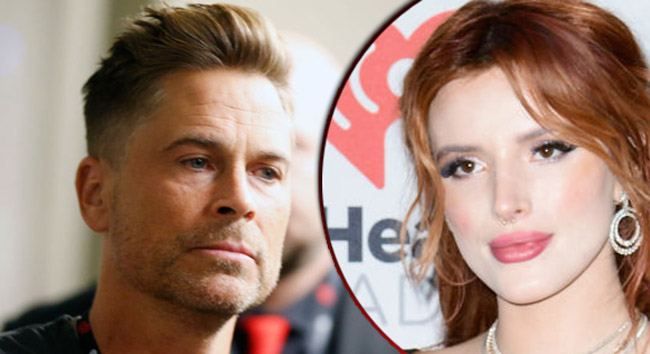 In case you’ve not watched any TV, or not been on the internet over the past few days, I have a newsflash for you. Devastating mudslides hit Santa Barbara County in California this week, killing at least 17 people and destroying vast amounts of property. I suppose if you don’t live in in the area, it’s possible you might not have been aware of that, but if you do live in the area, say, Los Angeles, it would be pretty much impossible to not have heard about it.

The mudslides also affected numerous celebrities’ homes including Oprah Winfrey, Ellen DeGeneres, and Rob Lowe, with Oprah’s home being used as a staging ground for helicopter rescues. Something that Lowe pointed out on Twitter as people were more interested in Oprah running for President than worrying about the dead and injured.

Media talking about @OPRAH “maybe” running for President in 3 years. Meanwhile, AS WE SPEAK, her Montecito home’s a staging ground for helicopter rescues. Priorities? Anyone?

Here’s a look at just how bad things were in a photo posted by DeGeneres showing the 101 highway completely under water.

This is not a river. This is the 101 freeway in my neighborhood right now. Montecito needs your love and support. pic.twitter.com/jRNCBrp4b5

Apparently, well after the mudslides and rain wreaked havoc on Santa Barbara County, actress Bella Thorne, who lives in L.A., still had not heard about the devastation, at least according to her, because she was really pissed off that problems with the 101 were going to cause her to be late to see her boyfriend.

Rob Lowe was not having it, copying Thorne’s tweet and writing, “This attitude is why people hate celebrities/Hollywood. Bella, I’m sorry you were inconvenienced. We will try to move out our dead quicker.”

Someone must have finally alerted Thorne because on Thursday she deleted her insensitive AF tweet and claimed to be shocked! Shocked, I tell you!

For some reason, people on the internet weren’t buying it…

You just heard? Its been all over the news for the past 3 days! What world do you live in?

The "I'm oblivious to anyone living on this Earth except myself." world.

I live in fucking Germany and know what‘s going on there. Less weed more brain and common sense please!!!

I live in HOUSTON and know wtf is going on there! #Ihatestupidpeople

Wtf even I know and I’m from Australia. It’s all over the news here.

Even if you didn't know what was happening (and what rock do you love under to have NO idea the disasters our town has been facing) why would you assume the freeway is closed? Shits and giggles? You should be ashamed of yourself.

Hey Bella, don't worry – there is a ferry that will take you from Ventura to Santa Barbara. Feel free to jump overboard.

UPDATE: Thorne’s boyfriend, rapper Mod Sun, the one she was going to see, has weighed in now. He’s quite a piece of work.