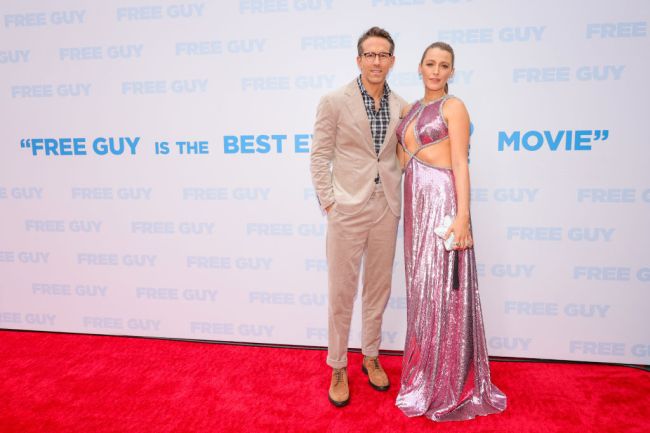 Ryan Reynolds recently said on an episode of the excellent Smartless podcast that making Deadpool and its sequel “almost killed him”, as the projects were the biggest undertaking of his career given that he was “chewing and blowing bubbles with every aspect of it.”  Deadpool, though, gave Reynolds the career mega-hit that his talent always deserved, making all of the blood, sweat, and tears worth it.

Reynolds was far from alone in all of that effort, though, as he recently spoke on SiriusXM about the role his wife Blake Lively played in helping him write Deadpool, crediting her with contributing “A++ writing”:

“There’s a lot of A++ writing that I’ve done that was actually Blake; Blake would jump in, grab the keyboard and [say] ‘What about this?’ And I’d be like, ‘That’s incredible,’” Reynolds said.

“She’s helped me so much in Deadpool, all kinds of movies that have been big successes. She’s always got a lot of bricks in that wall. I write on a lot of my movies. It’s been a survival mechanism for me for a long time. Sometimes I’m credited, sometimes I’m not.”

“Maybe it’s cause there’s inherent sexism in the business. I will say that a lot of times, ‘She wrote that, Blake wrote that not me. That was her.’ And it’s like, they still, later on, repeat the story as ‘I wrote it.’”

While it’s been a few years since Reynolds suited up as the Merc with a Mouth — it’s now been three years since Deadpool 2 hit theaters — the 44-year-old Free Guy star (which is very good, by the way) is hopeful that production on Deadpool 3, which will take place in the Marvel Cinematic Universe, will begin next year.

At this time, Marvel Studios has yet to officially date Deadpool 3, although they have confirmed it’s in production.