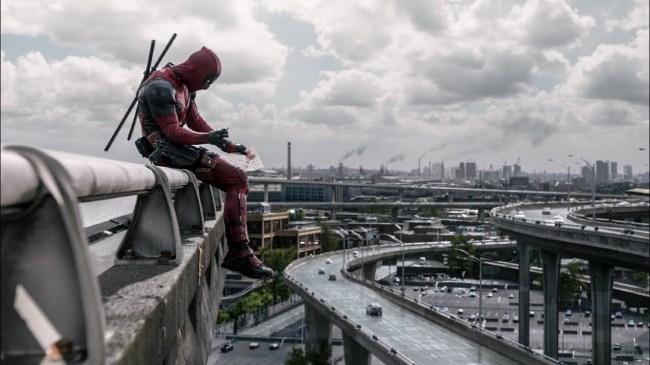 Can you believe it’s already been over four years since Deadpool was released? You could have completed a Bachelor’s Degree between now and the time the original Deadpool dropped back in February of 2016. Now, I know what you’re thinking: “But Eric, why would Ryan Reynolds be celebrating Deadpool’s anniversary in late July if the movie dropped in early February?” Fear not, my faceless internet friend, for I have an answer.

RELATED: Remembering How Ryan Reynolds Leaked ‘Deadpool’ Test Footage To Get The Movie Made

It’s why the next #Deadpool film is taking so long. Still trying to solve this. Happy #Leakaversary pic.twitter.com/w6Ld5NhKYu

While Reynolds has yet to out-and-out confirm that he was the one responsible for the leak, there’s no doubt at this point that the Canadian A-lister was the one who masterminded the strategy that resulted in the two highest-grossing R-rated movies being created.

Prior to the leak, there were major doubts that a character as uniquely vulgar as Deadpool could thrive on the big screen, given that any legitimate adaptation means the film would have to be R-rated — otherwise, the studio risked sacrificing the creative integrity of the character.

Before Deadpool, the Top 3 highest-grossing R-rated movies of all-time were The Matrix Reloaded, The Passion of the Christ, and The Hangover  — superhero films had rarely waded into R-rated territory, thus making both Deadpool and its record-breaking sequels true game-changers.

That’s why it sort of baffles me that the latest rumors out of the Mouse House seem to indicate that they’re prepared to let the Deadpool franchise die, as its quite literally a legacy franchise at this stage. Despite this, Rob Liefeld, the creator of the character, seems all but convinced that a third film is all but dead.

P.s. Speaking of the ‘Deadpool’ franchise, I always felt it was a huge missed opportunity to not call the sequel ‘Deadpooler’ and the eventual third film ‘Deadpoolest’. That one’s on the house, Marvel.