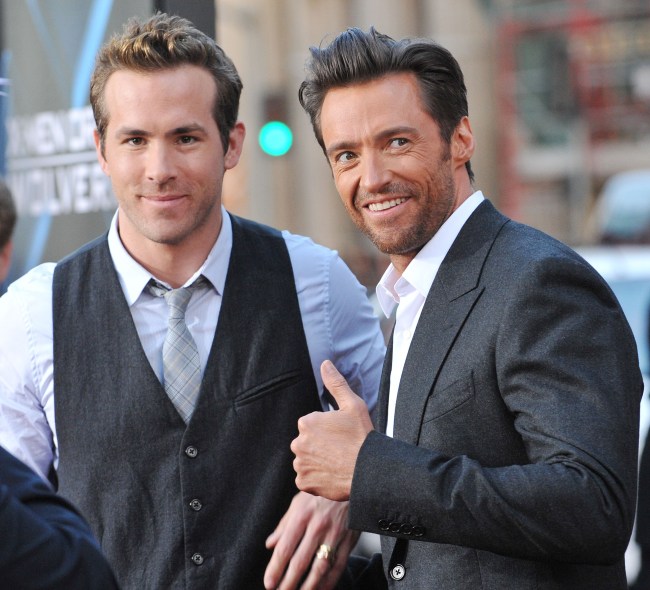 The bromance between Ryan Reynolds and Hugh Jackman is as strong as ever, but so is the troll war between the two Hollywood actors. Jackman’s 51st birthday didn’t prevent Reynolds from firing off a flurry of expletives at his friend.

Hugh Jackman turned 51-years-old on Saturday, October 12. Instead of sending a card or an Edible Arrangement to celebrate his frenemy’s special day, Reynolds sent Jackman a “Happy Birthday” video.

“I was just going to wish you happy birthday, then I saw what you said. Ah, in a word, hurtful. Yeah. Ah, enjoy the show, Hugh Jackman,” a birthday party hat-wearing Reynolds told Jackman. Then Reynolds broke into a stirring rendition of the “Happy Birthday” song.

But before too many good feelings were had, Reynolds busted out some expletives. “And I’m not even f*cking professionally-trained, Jackman, you piece of sh*t mother*cker,” Reynolds said in the video as he flipped the middle finger to his pal.

Jackman captioned the video: “At first I thought – Ugh, now I actually have to apologize. But then…”

Jackman played the birthday tribute video during his musical show at Bankers Life Fieldhouse in Indianapolis, Indiana. The crowd joined Reynolds in singing “Happy Birthday” to Jackman. Jackman is on tour performing songs from The Greatest Showman and Les Misérables.

A post shared by The Man The Music The Show 🎩 (@themanthemusictheshow)

The truce between the two celebrities is long-gone and the troll war can’t stop, even for a birthday or Christmas.