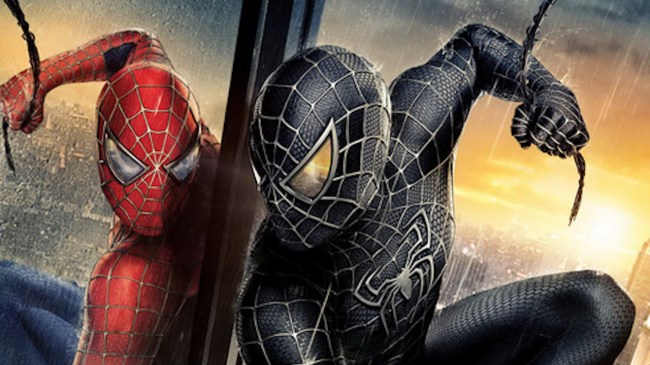 Editor’s Note: the Marvel Twitter account has since tweeted a second image with a spider-webbed “3”, pouring quite a bit of water on the short-lived fan-theory and likely confirming that the true nature of the tease will be revealed on Thursday.

Unfortunately for Sam Raimi-franchise fans, they will just have to keep dreaming.

While Spider-Man 3 was largely a disappointment to both fans and critics alike, Sony’s Tobey Maguire-starring Spider-Man franchise from the early 2000s is still considered one of the strongest entries in comic book movie history.

Prior to the admitted disaster that was Spider-Man 3, the first two entries in the franchise largely defined the following 20 years of film making, as it was the first true comic book blockbuster.

Yes, while 2000’s X-Men is often cited as the film that shifted the perception of comic book filmmaking, Spider-Man and Spider-Man 2 drew eyeballs and broke records in a way that no previous comic franchise had done before.

And yet, like most good things in life, the success of the Spider-Man franchise came to a crashing halt in the year 2007, causing Sony and Marvel to scrap their plans for a fourth film.

Until now, it seems.

Over the weekend, in a purposefully cryptic tweet, Marvel Entertainment tweeted a number “4” made out of spiderwebs that resemble the font of the iconic Sam Raimi franchise.

Now, given that the rights to the Spider-Man character are now in possession of Marvel Studios — who is currently on the verge of releasing their own Spider-Man sequel, Spider-Man: Far From Home — it’s highly doubtful that the Sam Raimi franchise is continued on film.

Combine that knowledge with the accompanying #MarvelComics caption and it becomes clear that Marvel intends to bring a satisfying conclusion to the beloved Sam Raimi Spider-Man story arc through the medium where the character first started: comic books.

As pointed out by Esquire, the tease comes a little over a month after Marvel Comics writer C.B. Cebulski publicly mused about a potential comic book that could sell over a million copies.

Remember this? It's Raimi's Spider-Man 4, you guys. I think it's happening. https://t.co/tyYFivHBT5

Following the Marvel Entertainment tweet, Cebulski then doubled-down, quote tweeting the teaser image with the caption “no one is going to see this one coming.”

No one is going to see this one coming… #marvelcomics https://t.co/1EZnzMN8il

Regardless of what medium the story ultimately concludes on, provided this story with a definitive ending will surely provide closure for both fans and filmmaker alike, as even Raimi himself has voiced his displeasure with how Spider-Man 3 turned out.

“I was very unhappy with Spider-Man 3, and I wanted to make Spider-Man 4 end on a very high note, the best Spider-Man of them all,” Raimi once told Vulture.

Now, over a decade later, it appears Marvel will finally be giving Raimi that chance.