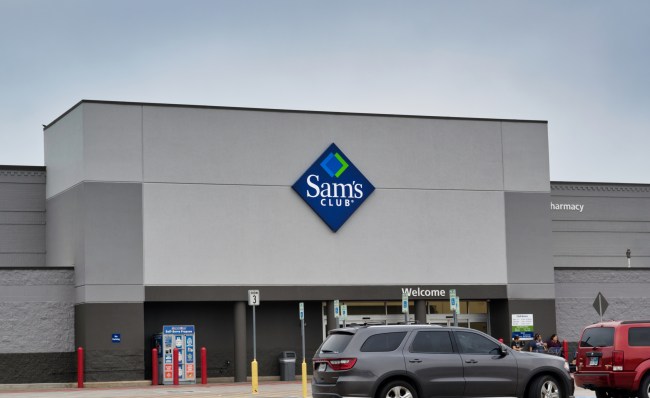 Let this sink in for one moment: it’s BARELY been a single year since Popeye’s released their Chicken Sandwich that set off the fast-food chicken sammy wars. They released the Popeye’s Chicken Sandwich on August 12th of last year, not even 13 months ago. That legitimately feels like a lifetime ago at this point. My life is completely unrecognizable to what was back then.

What sets the Sam’s Club chicken sandwich apart from its competition is this one comes in a frozen package of 10 (plus buns) that you can fire up at home at your convenience and you’re not forced to go through the fast-food drive-thru and eat the sandwich in your car. Here’s the rundown from Fox News:

The spicy chicken sandwich includes a chicken breast fillet breaded with southern-style dill pickle-flavored batter and a kick of cayenne. The 10-count package of frozen sandwiches also comes with the buns.
A Sam’s Club spokesperson told Fox News that the product line has been popular with its members. The retailer decided to try a spicy version of its southern-style chicken sandwich in response to member feedback and trends in spicy foods.
While the sandwich has a kick, Sam’s Club also rates its spiciness at a one on a scale of three. The store recommends that anyone who wants it spicier add a little extra hot sauce.

Preparing the patties takes about 20 minutes using the oven. You first heat the patties (10min) without the buns then you pull them out, add the buns, wrap in tinfoil and put them back in the oven for around 10 minutes. There’s also a ‘knockoff Chick-fil-a sauce’ you can pick up at Walmart to really complete the meal. In an article on TODAY the author claimed their kids thought the chicken sandwiches were too spicy which leads me to believe I’d love them.

The good news for me is I live a lot closer to Sam’s Club than I do Costco. There’s a Sam’s Club about two miles away from my house but I live in a dead zone between two Costco’s, probably 15 miles from both. If I was a motivated individual I could run out and grab this sandwich and be home before lunch. Unfortunately for me, I’m a lazy POS and I likely won’t get to try this sandwich for months because I have no other reason to hit up Sam’s Club.

The sandwich has already exploded on social media with people raving about it. It does look good but does it look Chick-fil-a levels of good? Not to me.

There are a million people on Twitter hyped for it. The ones out there who have tried these already say “RUN! Don’t walk” to get them while most people are just hyped that they exist and haven’t had the chance to sample them yet.

At the very least, this seems like a passable/good substitute for Chick-fil-a on Sundays which is the only day of the week I ever crave Chick-fil-a.