Samuel L. Jackson Shared The Top 5 Characters He’s Ever Played And Nick Fury Is Only #5 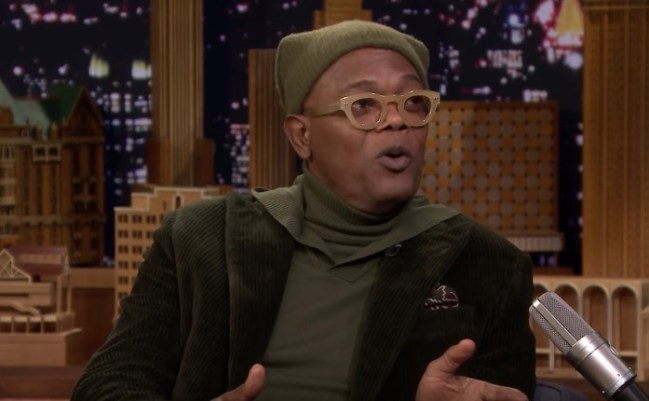 Samuel L. Jackson was born on December 21, 1948. The man just turned SEVENTY YEARS OLD last month which he celebrated with some ragers in NYC by inviting close friends like Judge Judy.

We could spend all day walking down memory lane and discussing the iconic roles played by Samuel L. Jackson like Jules Winnfield in Pulp Fiction but wouldn’t it be better to here the man himself talk about his most iconic roles?

He was a guest last night on The Tonight Show Starring Jimmy Fallon and Jimmy pressed him on his five favorite characters.

It’s kind of interesting how he lumps all of his Quentin Tarantino characters into the same ranking at #4. He also confuses that ranking and named it at #5 when it was actually #4. I kind of get putting Mace Windu at #3 because being part of the Star Wars franchise as a Jedi master is a dream come true for many actors but those were the prequels and the prequels were such hot trash!

If you’re in dire need of some more Samuel L. Jackson content you can check out this clip where he and Jimmy ‘Poetry Slam The News’ in black and white.

I feel like Jimmy was channeling his inner Mike Myers from So I Married An Axe Murdered throughout the entire clip.