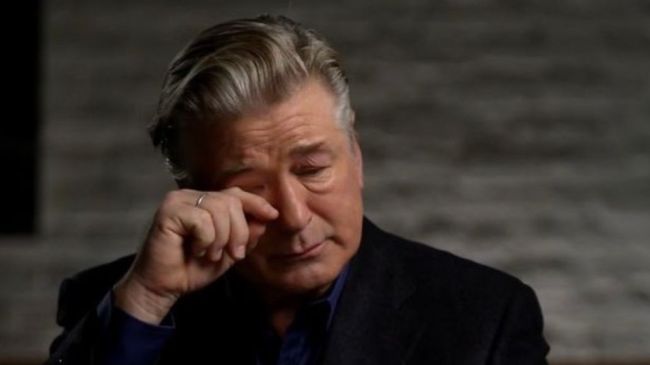 Last week, Alec Baldwin gave his first official interview following the death of cinematographer Halyna Hutchins, who was killed on the set of Baldwin’s Western film Rust on October 21. And according to reports, Santa Fe First Judicial District Attorney Mary Carmack-Altwies is unhappy with Baldwin for making such a public statement while the D.A.’s investigation is still ongoing.

According to Deadline, “Santa Fe law enforcement was very unhappy with Baldwin once again speaking to media.”

“Interviewed immediately after the shooting and subsequently by the Sheriff’s Office, the Emmy winner has been asked to not comment on the shooting beyond condolences as the police’s investigation continues – requests Baldwin has acknowledged, but is clearly ignoring as he lays out his version of what went down that terrible day.

One source told us the department felt “betrayed after all the consideration given to Baldwin in the aftermath of the shooting.” Another law enforcement source said that “Baldwin is testing the department’s patience and becoming a distraction to the ongoing investigation. [via Deadline]

During the interview with ABC News’ George Stephanopulous, Baldwin said that he “knows it’s not” him who’s responsible for Hutchins’ death and that he did not “pull the trigger” on the gun that killed Hutchins — Baldwin says he merely cocked back the hammer and the gun, which he was told was “cold”, discharged. However, a veteran movie armorer has disputed his claims, saying that “guns don’t go up by themselves.”

Despite Baldwin’s apparent confidence that he will avoid charges, First Judicial District Attorney Mary Carmack-Altwies said last Friday, the day after his interview aired, that “certain individuals may be criminally culpable for his/her actions and/or inactions on the set of Rust.” In addition to being the film’s star, it’s worth noting that Baldwin was also a producer on Rust.

At this time, the investigation into Hutchins’ death is ongoing. We will update you if and when charges are filed in response to her tragic death.