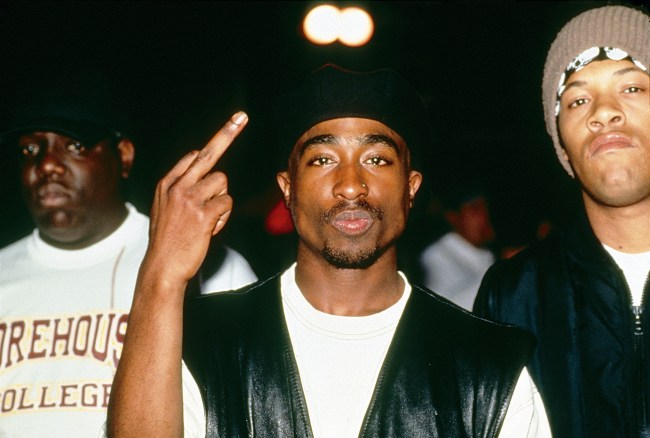 Just trying on different costumes and personas until we feel we’ve achieved the delusion of authenticity. It’s why everyone in the 90s had a mushroom haircut and paid $200 for a Beanie Baby. We aren’t truly ourselves, we’re just a compilation of the things we see in others.

Tupac, the hardest motherfucker of all-time, didn’t exit his mother’s womb in June of 1971 with a red bandana screaming “THAT’S WHY I F*CKED YOUR B*TCH YOU FAT MOTHAF*CKA!” Those were hit first words many months later.

Before Tupac and Thug Passion, there was Lesane Parish Crooks, an insecure, vulnerable, scared shitless kid, just like the rest of us.

Tupac is just an idea. Lesane Parish Crooks is the lived experience.

Anyone who believes otherwise should consult the following series of love letters a young Tupac wrote to his high school sweetheart named Kathy Loy. The collection of 22 love letters recently sold for $75,600 at a Sotheby’s hip hop auction, the same auction B.I.G.’s iconic plastic crown sold for nearly $600,000. 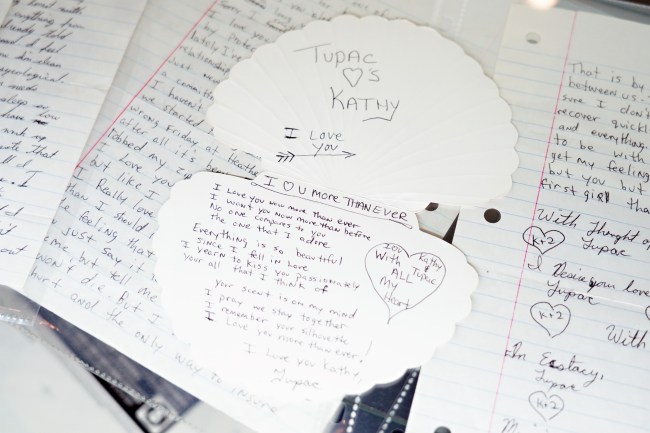 Everything is so beautiful.

Let’s shelf this here for a moment to pay tribute to a line from the song Fair Xchange from Tupac’s fourth posthumous album, Better Dayz.

Partners in passionate sex, a place to put my erection.
Fantasies of you in submission, freaky positions

Ok, now back to the letter:

Everything is so beautiful
Since I fell in love.
I yearn to kiss you passionately.
Your all that I think of.

Your scent is on my mind. 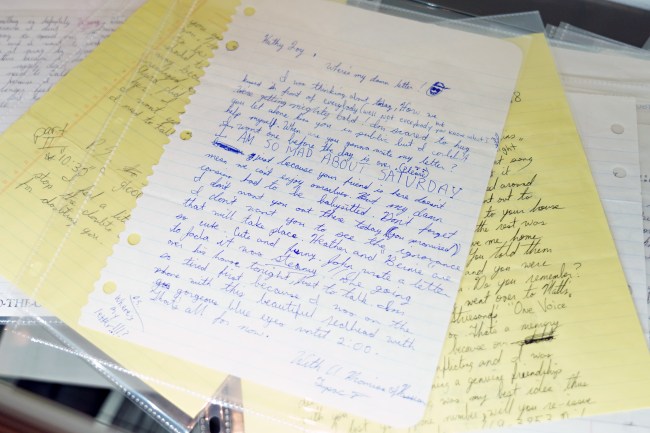 In this letter, Tupac laments on he and Joy’s first public kiss, claiming he’s still “scared” to hug her in public. Yes, reminds me of me at the age of 16. If you snipped my testicles off of course. 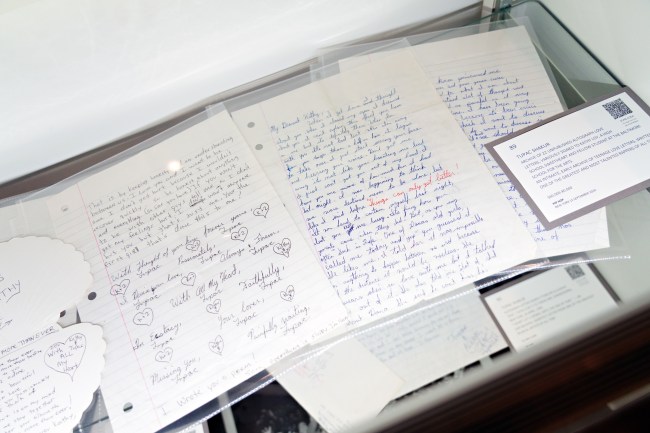 I can’t make out the last set of letters, but if I had to guess I’d say that Tupac would be writing joy to tell her that he’s thinking of starting a Christian rock band with his friend Trevor.

Can you imagine if one of a 16-year-old Tupac’s classmates stumbled across these letters in real-time? This is a lunch table GOLD MINE of ridicule. If these circulated the school, Lesane Parish Crooks would be working as a Best Buy Geek Squad member. At least he’d still be alive. And not hiding out on an island somewhere in the Mediterranean.