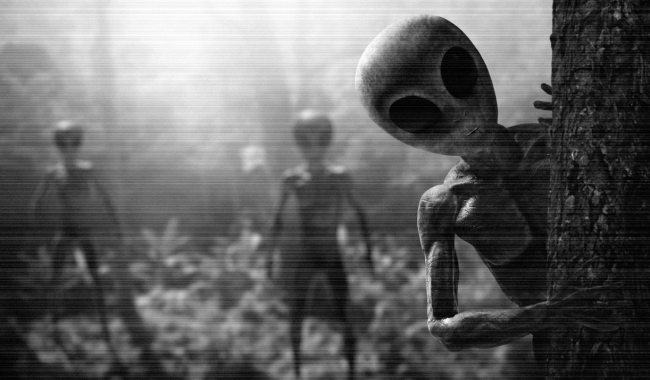 The Senate Intelligence Committee raised more than a few eyebrows recently when they requested that Pentagon UFO investigators focus more on those that are specifically “not man-made.”

Ever since United States Congress held its first hearing on UFOs in more than 50 years, members of the U.S. Senate have been complaining about the slow pace with which the Pentagon has been setting up its UFO investigation arm.

One of the few notable moves so far by the Pentagon appears to be the fact that it changed the name of the organization from Airborne Object Identification and Management Group (AOIMSG) to the All-domain Anomaly Resolution Office (AARO).

Sen. Mark Warner recently wrote in a report, “At a time when cross-domain transmedium threats to United States national security are expanding exponentially, the Committee is disappointed with the slow pace of DoD-led efforts to establish the office to address those threats. The Committee was hopeful that the new office [AARO] would address many of the structural issues hindering progress.”

The same report asked for “the formal DoD and Intelligence Community definition of the terms used by the office … be updated to include space and undersea, and the scope of the Office shall be inclusive of those additional domains with [a] focus on addressing technology surprise and ‘unknown unknowns.”

The committee also asked that “temporary nonattributed objects, or those that are positively identified as man-made after analysis, will be passed to appropriate offices and should not be considered under the definition as unidentified aerospace-undersea phenomena.”

The Senate Intelligence Committee asking investigators with the new organization to specifically focus on UFOs, or as the government like to refer to them, Unidentified Aerial Phenomena (UAP), that are not identified as “man-made” certainly opens the door to speculation as to what exactly would not qualify, i.e. what UAPs are the Committee aware of that are not man-made?

Cats out the bag. pic.twitter.com/3LWAm7rphH

Of course, the party line is that no one in government has ever been witness to such a thing… at least officially.

Gen Glen VanHerck of @NORADCommand: “My job as the NORAD commander is to identify every single UAP… What I would report to you is I've yet to find one that had aliens or was the spaceship that we've identified.”