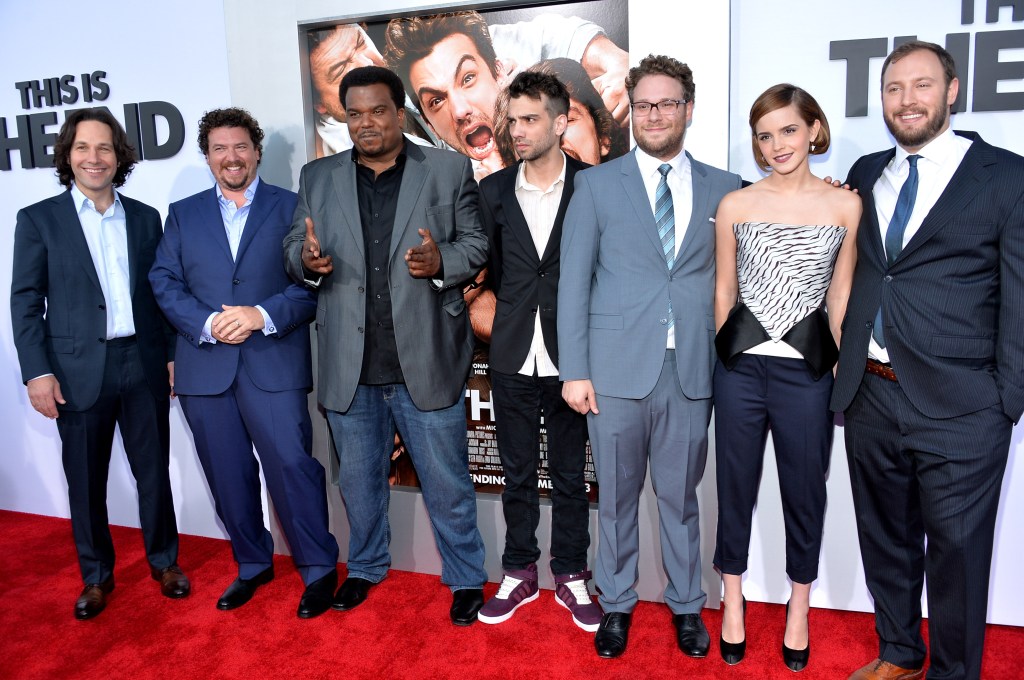 It’s never sat right with me that the same generation who would camp out overnight at a bookstore for new Harry Potter books and buy tickets months in advance for midnight showings of Harry Potter movies were so quick to turn on Emma Watson after rumors from Seth Rogen‘s This Is The End said she stormed off the film set. They were rumors. We never knew the full story But suddenly it seemed like a generation of diehard fans were willing to cast her as this bougie primadonna who was hard to work with.

Her scene, where she played herself, is one of the more memorable moments from the film. Here it is for anyone who needs a refresher:

“I mean, I don’t look back on that and think, ‘How dare she do that?’ You know? I think sometimes when you read something, when it comes to life it doesn’t seem to be what you thought it was. But it was not some terrible ending to our relationship. She came back the next day to say goodbye. She helped promote the film. No hard feelings and I couldn’t be happier with how the film turned out in the end.” Besides, he says, “She was probably right. It was probably funnier the way we ended up doing it.”

You can see how people would start talking about it again based on that response so Seth took to Twitter where he tried to shut down the conversation forever. Emma wasn’t at fault. Seth apologizes for putting her in the situation and commends her for actually speaking up about it:

“The scene was not what was originally scripted, it was getting improvised, changed drastically, and was not what she agreed to. The narrative that she was in some way uncool or unprofessional is complete bulls—.

“I for sure should have communicated better and because I didn’t, she was put in an uncomfortable situation. She and I spoke on the night; it was overall a s—ty situation and it must have been hard for her to say something and I’m very happy and impressed that she did. We agreed on her not being in the scene together.

“I was thrilled for the opportunity to work with her and would be thrilled to get that opportunity again. I am very sorry and disappointed it happened, and I wish I had done more to prevent it.” (via Uproxx)

Seth couldn’t be any clearer here: Emma did nothing wrong and people need to chill out. I think a lot of people fell into this trap of perception that since she was an extremely successful British actress, and Americans tend to think the British take themselves more seriously than us, that she could’ve easily been the diva who stormed off the set.

Their careers have certainly gone in different directions since then. Seth is an extremely successful writer, producer, and actor who makes pottery in his free time, launched a weed company, and has a great charity while Emma was appointed a UN Women Goodwill Ambassador in 2014 and has joined a G7 gender equality advisory group.