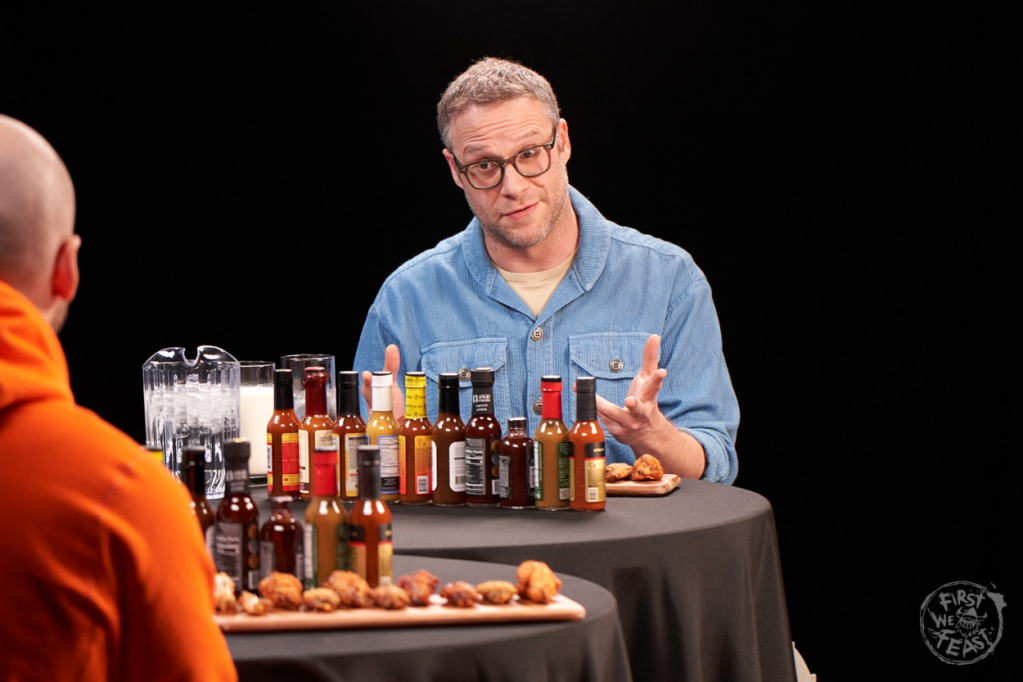 Provided by First We Feast

The first trailer for Pam & Tommy sort of blindsided the Internet with everyone commenting on how Lily James looks like a literal clone of a young Pamela Anderson. Now that we’re just a few days away from the first episode premiering the cast is out and about talking about the project.

To kick off the 17th season of Hot Ones, Seth Rogen went on the show and got destroyed by this season’s lineup of outrageously spicy hot sauces. And around the 2-minute mark of the interview, he discussed how the Pamela Anderson and Tommy Lee tape that was leaked fundamentally changed the internet. He’s right, it did really signal a shift in the Internet as we know it. Here’s the clip with a quote below.

Seth Rogen’s point about the leaked tape is certainly an interesting one. I think it’s fair to say that the paparazzi as we know it now wouldn’t exist if it wasn’t for that leaked tape. You wouldn’t have certain media outlets bribing insiders for info on the whereabouts of certain celebrities, and paying minor fortunes to break news about celebs. Here’s what Rogen had to say:

“I think there’s a line that could be drawn between watching things on the internet and that tape. It’s one of the first things that was consumed in mass, online, in video form. The ingenuity that went into people trying to disseminate that tape, even though it was very wrong of them, is something we all ultimately live in the shadow of.”

If you haven’t seen the first or second trailer for Pam & Tommy they are worth checking out. This isn’t a mini series just about a leaked tape, it’s about the massive production that went into stealing and dissmeminating a vulgar tape that changed the way videos are watched online. And about a couple that got married 96 hours after they met each other.