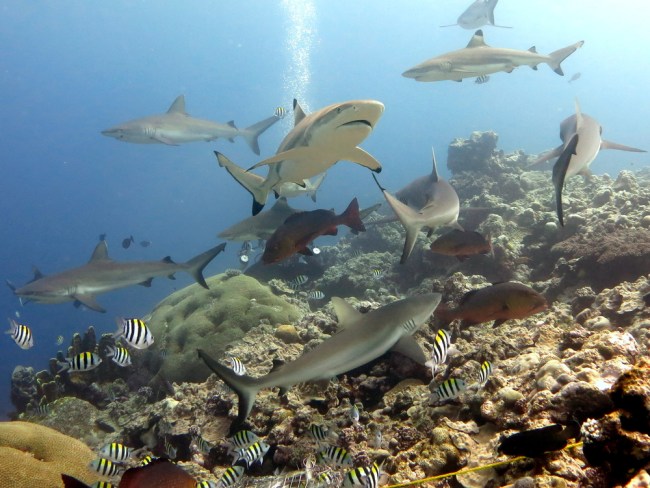 Let’s go ahead and add ‘Shark Whisperer’ to the list of jobs that my guidance counselor never told me existed. I’ve never even heard of this man until today which is a little odd for me personally because he’s based out of The Bahamas and I’ve spent considerable amounts of time there over the years. I’m getting sidetracked already…Back on task: the only explanation here is this gentleman is teetering on the brink of insanity.

Sharks aren’t inherently violent or post any sort of a threat. They’re not out to fuck up your day any more than a stranger is on the street. Just because you encounter a shark in the wild it does not mean you are in danger.

With that said, there’s a difference between recognizing that something isn’t hardwired to attack you out of nowhere and putting that potentially lethal animal in your lap and stroking its head. If I’m in the African bush and I see a lion sauntering up to me slowly, looking friendly, I’m not going to just sit down and wait for that lion fall asleep in my lap while I stroke its mane. I really can’t wrap my mind around this dude putting sharks heads in his lap with all of those teeth right next to his sex organs. This seems like it only ends with a ‘Florida Man’ headline.