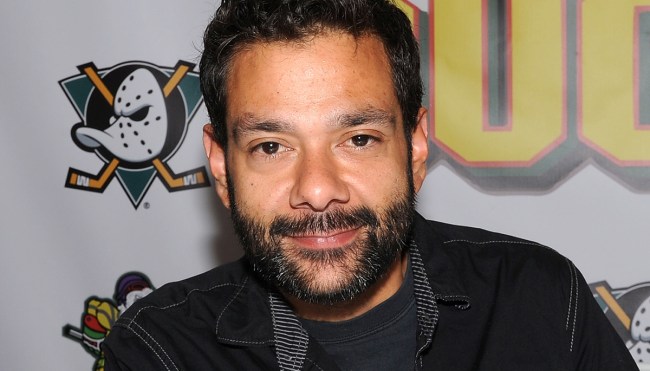 To say Shaun Weiss has managed to turn things around over the past few years would be one hell of an understatement, as the actor best known for portraying Goldberg in the Mighty Ducks franchise has come a long way since a shocking mugshot taken following a drug-related arrest made the rounds in 2018.

It wasn’t easy, but Weiss was able to get his life back on track after receiving an outpouring of support from fans and a friend who was able to get him a spot in the rehabilitation facility where received he the treatment and had the revelation that’s helped him stay sober for over three years after kicking his heroin addiction.

The actor—who landed his first movie role since his recovery earlier this year and continues to pursue stand-up comedy—discussed his journey in an in-depth article that was recently published in Sports Illustrated that’s a must-read for anyone who’s been following his story.

One of the more shocking revelations concerned the loss of his teeth, which he had replaced after a dentist offered to treat him to a series of procedures that would’ve normally cost around $100,000. Based on his history, it wasn’t a stretch to assume his drug use was the reason he’d lost them in the first place, but it turns out the reality is much more harrowing than you’d think.

While the explanation is technically drug-related, Weiss revealed he was actually the victim of a brutal beating concerning a deal gone wrong:

At one point he says he was beaten almost to death after a dispute about a trade: drugs for a laptop. Then there was the gang member who he says terrorized him. “Every time he saw me, he would beat the s— out of me and take everything I had.”

That’s how Weiss lost his teeth.

As the actor has noted in previous interviews, his battle with addiction is one that he’ll have to wage for the rest of his life, but it’s great to see how far he’s come.