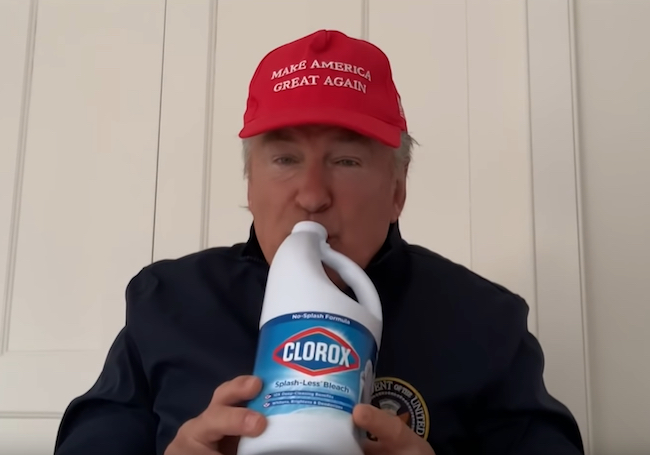 Saturday Night Live broadcast their season finale last night and was still able to pull in big stars and old friends to say goodbye to another season of the show.

In the cold open, SNL paid tribute to a different type of goodbye that’s become an all too real occurrence for college students, and eventually, high school Seniors – virtual graduation ceremonies.

The sketch starts with a real-but-true splash of reality that high school kids will be “paying full tuition to go to fancy colleges when they’re all just University of Phoenix online with worse tech support.”

After explaining that the student’s first seven hilarious choices weren’t available, the school was able to secure President Trump.

“I’m so honored to be your vale-dictator,” explained Alec Baldwin, playing the president for one last time. “But today’s not about me. It’s about you. Although I should spend a little time on me first, because I’ve been treated very poorly, even worse than they treated Lincoln.”

“You’re actually lucky to be graduating right now there are so many exciting new jobs out there, like grocery store bouncer, cam-girl, porch pirate, amateur nurse, and coal,” Trump continued.

“Don’t forget about coal. It’s in the ground, and you just dig down and grab it.”

The sketch had many more killer jokes, a couple duds, but overall nailed life in 2020.

SNL from home had some bright spots this season, specifically, Brad Pitt playing Dr. Fauci, Pete Davidson’s being stuck in the house, and nailing the typical work Zoom call.

Hopefully, life and TV are back to normal by the time SNL returns in the Fall.

To see a list of shows that won’t be back, check out this list of canceled TV series for 2020.