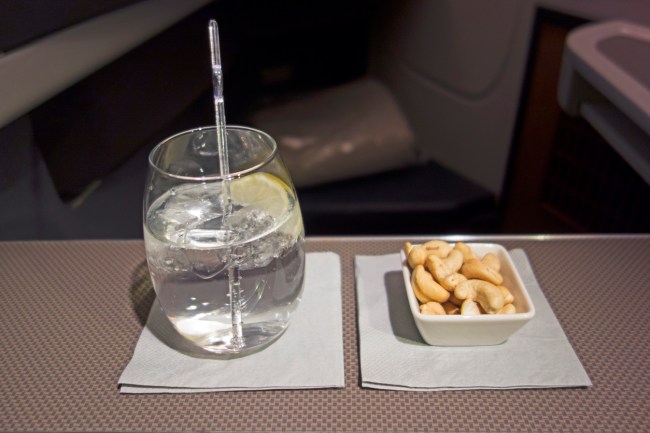 Some say that people can’t take a joke these days and those who say that are proved correct in this extreme story of someone not being able to take a joke. A passenger was thrown off a Southwest Airlines flight for… a joke about vodka. Apparently, joking about vodka is no joking matter.

A man was kicked off a Southwest Airlines flight from Sacramento, California, to Austin, Texas on Wednesday. His crime you ask? He made a joke about free vodka. From the one witnesses of the incident, the man was not being disrespectful but was just attempting to inject some levity into an extremely frustrating situation.

Southwest Airlines Flight 478 out of Sacramento was delayed for hours and passengers were getting restless. An unnamed passenger apparently pitched an idea to make everyone a little bit happier — free vodka. This is a man of the people.

Peter Uzelac and his wife were on that fateful flight with the delays and actually sat next to the man who was removed from the plane. “We returned to the gate to wait for maintenance and to refuel, and then waited for clearance from air traffic control —in all, we were delayed by three to four hours,” the 70-year-old Uzelac said.

When a young flight attendant was serving water to the weary passengers, the anonymous man joked, “Wow, I hope that’s vodka because we’ve been sitting here for so long.” Not exactly on the level of a George Carlin joke, but still a fun little comment to break up the tension.

The sky waitress got annoyed by the innocuous comment and snidely replied, “Yeah, it’s vodka.” She then moved onto the next row of passengers. The man then joked, “Hey, this isn’t vodka.”

That’s when things escalated because there is no joking about free vodka on Southwest Airlines. “She came by and was like, ‘I don’t think that and I didn’t like your joke,'” Uzelac said. “Then my wife tried to butt in there and say, ‘Look it, we’ve been on this plane for hours.’ And she says, ‘Well, so have I, so get used to it.'” Where is a U.S. Federal Air Marshal agent when you need one during an emergency, right? I mean, dispatching a joke about free vodka on a plane? This is 2019 and we can’t have any of that.

“We’re all tired here. And that’s no way to speak to a passenger,” Mrs. Uzelac said. Peter said he tried to record the tense situation but his phone wasn’t working. Maybe the stewardess is a tequila fan and was offended that he asked for vodka?

The flight attendant walked to the front of the plane to use the phone. The airplane allegedly then taxied back to the terminal and parked. Minutes later, three deputies from the Sacramento County Sheriff’s Department walked onboard the airplane. Uzelac said that the officers escorted the man off the plane as the man threatened to sue the airline company as he was kicked off.

“I stood up and told the officer that the flight attendant started all the trouble and other people shouted that the man did nothing wrong,” Uzelac said. The stewardess sounds like she could use a drink.

Uzelac said the man was completely behaved and “if anyone was unruly, it was me.” Uzelac filed a formal complaint against the airline. “I feel bad for the guy — he should sue the airline,” he said. “I have been flying for decades, and I’ve never ever seen anything like this.”

A Southwest Airlines spokesperson told Yahoo Lifestyle: “We regret any less-than-positive experience a customer has onboard our aircraft. We welcome over 100 million customers each year, and we aim to maintain the comfort of all while delivering Southwest hospitality. We will share this report with our Customer Relations Team.”

After the lawsuit, Southwest will owe this gentleman more than a vodka tonic. Coincidentally, if they had just handed out free vodka, all of this drama could have been completely avoided.