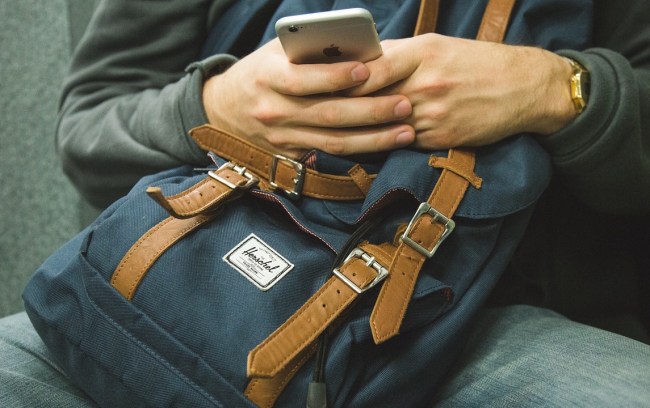 There was once a time where a cellphone the size of a brick was considered cutting-edge technology but I think it’s safe to say things have evolved a bit over the years.

As someone who grew up when cellphones were doing the same thing, it’s honestly amazing how far we’ve come since the days when Snake and Brick Breaker were the only games you could play to kill time.

If you came of age during the dawn of texting, there’s a very good chance you mastered the art of being able to harness the magical power of T9 to sneakily chat with someone without having to take your phone out of your pocket.

Thankfully, we’ve come a long way since then.

Smartphones are ubiquitous in this day and age and there aren’t many things they can’t do but that doesn’t mean they don’t have their problems.

I certainly don’t miss the days of the Blackberry and the Sidekick but I will admit there was a slight advantage to having a physical keyboard.

It might seem like second nature now, but back when the iPhone still had green bubbles, there was a pretty steep learning curve when it came to figuring out how to type on a nonresponsive (and comparatively tiny) screen.

It’s been over a decade since Apple introduced the iPhone to the world but my oversized hands are still making typos on a daily basis. Autocorrect does what it can but I still find myself futilely pressing on the screen to try to get the cursor where I want it on the first attempt.

Thankfully, Barstool’s Brendan Clancy has swooped in to save the day after discovering a neat little feature that will make it easier than ever to ensure you don’t have to suffer through the embarrassment of having to delete a tweet.

I can’t believe none of y’all told me about this pic.twitter.com/V8YjYkKUP1

All you have to do is press down firmly on the space bar and you’ll be able to magically scroll through the letters to get exactly where you need to go.