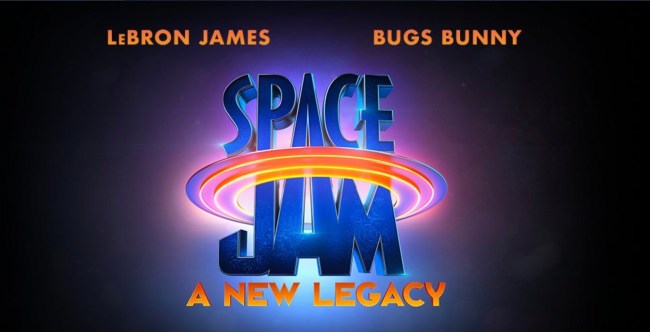 LeBron James took to Instagram to finally share the title and logo for the upcoming Space Jam sequel: Space Jam: A New Legacy. The legendary Cleveland Cavaliers, Miami Heat, and Los Angeles Lakers forward also captioned the video “2021”, indicating that the film remains on schedule for its July 2021 release date.

From what we’ve heard so far, Space Jam: A New Legacy sure sounds like it’s going to be a wild ride and much bigger than the original 1996 Michael Jordan-starring film, as leaked images and industry rumors seem to indicate that a handful of iconic Warner Bros-owned characters — such as The Joker, The Wicked Witch of the West, Jim Carrey’s The Mask, Pennywise, and more — are set to appear in the movie.

So the rumor is that #SpaceJam2🏀 will expand to other WB properties besides Looney Tunes. The Mask? The Joker? Pennywise? pic.twitter.com/4pMxtMtlZL

Directed by Malcolm D. Lee (Girls Trip and Night School), Space Jam: A New Legay will star LeBron James and Don Cheadle, who is reportedly playing the film’s villain. The sequel will also feature further basketball stars such as Klay Thompson, Anthony Davos, Damian Lillard, Kyle Kuzma, Diana Taurasi, Nneka Ogwumike and Chiney Ogwumike. At this time, there’s no word on whether or not Jordan will be reprising his role from the first film.

Space Jam: A New Legacy — which thus far seems to be unaffected by our current global situation — is currently set to hit movie theaters in the United States on Friday, July 16, 2021.

Eric is a New York City-based writer who still isn’t quite sure how he’s allowed to have this much fun for a living and will tell anyone who listens that Gotham City is canonically located in New Jersey. Follow him on Twitter @eric_ital for movie and soccer takes or contact him eric@brobible.com