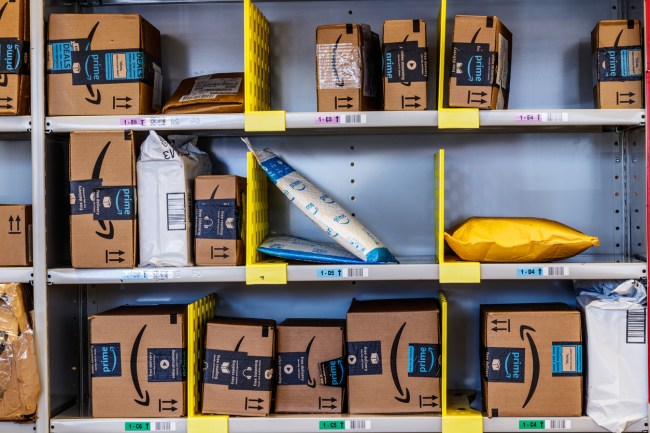 Amazon makes it extremely convenient to return items, but one customer took that convenience and used it to scam $370,000 from the largest online retailer in the world. And all he needed was a little dirt.

A 22-year-old man from Spain conceived a plan to rob Amazon out of hundreds of thousands of dollars. The scheme was so genius (for a short time at least) that he started his own company with the money and products that he was stealing from Amazon.

James Gilbert Kwarteng is a 22-year-old man from Palma de Mallorca in Spain. He was ordering so many products from Amazon, even more than your mom orders (And she orders a lot, I see all those packages when I leave her house at lunch).

Kwarteng was ordering products from Amazon and immediately when he received them he would weigh the package. He wrote down how much the package weighed and then took out the merchandise from the box. James would then fill up the box with dirt until it weighed the exact weight it did with the item in the box.

The man then would request a return from Amazon and return the box full of dirt. Amazon would refund Kwarteng once he shipped the items.

Kwarteng was able to continually rip-off Amazon because their returns department never checked the return boxes. The boxes of dirt just sat in the Amazon warehouses without being verified for a long time.

The returns weren’t checked for so long that Kwarteng was able to steal nearly $370,000 in merchandise, which he then sold to consumers through his new illegal reseller business. Grand theft larceny aside, you have to respect this kid’s work ethic. He’s a real go-getter.

Finally, an Amazon employee actually checked one of Kwarteng’s returns and discovered the box of dirt. Amazon finally connected the dirty dots and realized all of the man’s returns were dirt.

Amazon contacted authorities and the 22-year-old man was arrested. Kwarteng was released on $3,300 bail after pulling off what is being named as “the biggest Amazon scam ever recorded in Europe.”

The biggest Amazon scam of all-time happened right here in the good ole US of A. Erin Finan and Leah Jeanette Finan from Muncie, Indiana, were able to swindle $1.2 million worth of consumer electronics from Amazon. In 2017, the married couple were charged with mail fraud and money laundering. They were both sentenced to nearly six years in prison. USA! USA! USA!

This special dedication goes out to James Gilbert Kwarteng.