Sportswriter Michael Cohen Is Not Trump’s Lawyer, So He’d Really Like You To Stop Tweeting Him 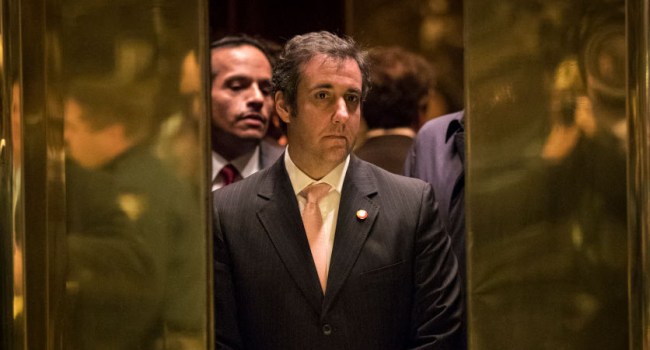 God help anyone who happens to have the same name of someone famous who is in the news, thanks to social media, and especially Twitter. Granted, it’s not always bad, like when people were tweeting Jordan Peele instead of Jordan Poole during the NCAA basketball tournament. That turned out kind of funny.

However, when your name is Jon Jones, Ben Rothenberg, or in the latest case of mistaken identity on social media, Michael Cohen, it can become quite annoying.

Michael Cohen, as many of you are aware, is President Donald Trump’s personal lawyer. He also happens to have just had his offices were raided by FBI agents on Monday.

Unfortunately, there is another Michael Cohen who happens to be a sportswriter for the Milwaukee Journal Sentinel. He covers the Green Bay Packers and has nothing to do with President Trump.

That hasn’t stopped vocal keyboard warriors from letting him know their thoughts on Twitter, because as we well know, most people on the internet have no idea what fact-checking means.

As a result, sportswriter Michael Cohen decided he had to let everyone know that, no, the FBI has not raided his apartment.

Nobody raided my apartment.

I feel your pain man

I feel your pain Michael.

Oh, and this Michael Cohen as well.