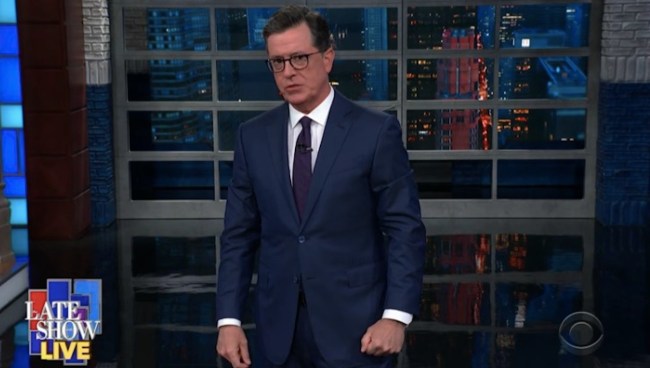 Whether you like it or not, another election cycle is somehow already back in our lives.

No matter which side of the aisle you fall on, there’s no denying that the 18-month lead up to a Presidential election can be exhausting.

Candidates, debates, soundbites, bus tours, over and over and over again. And this ceaseless stream of political chaos is at its highest when these cycles begin, as every politician with a fancy title and a couple of hundred thousand bucks in donations can force their way into the conversation.

Take the Democrats, for example, who had 20 “major” candidates feature over two nights of debates this week.

Luckily, for people like you and me who know absolutely nothing about these people but want to have a laugh at their expense anyway, that’s where Stephen Colbert comes in.

Ever since becoming the host of The Late Show back in 2015, Stephen Colbert’s version of the iconic show — whether he wanted it to be this way or not — has been the most political of the three major late night talk shows.

And while that can get exhaustive night after night, it certainly comes in clutch during times like these, especially ever since Jon Stewart stepped down as host of The Daily Show.

So, if you’re like me and need to be introduced to the 20 Democratic candidates running for President, allow Colbert to do so before promptly body-bagging them.