Steven Avery’s Lawyer Claims The Guy Who Claimed To Have Killed Teresa Halbach Has No Credibility, Here’s His Outrageous Phony Confession 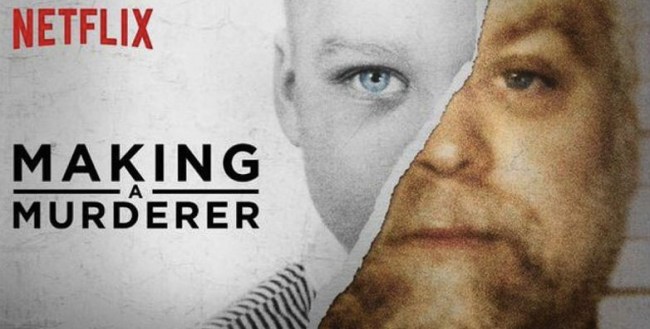 I regret to inform you that the hope I instilled in you yesterday was nothing but a big, fat hoax.

Reports swindled yesterday of a convicted murderer in Wisconsin not named Steven Avery or Brendan Dassey confessing to the 2005 murder of Teresa Halbach, according to filmmakers of the upcoming documentary Convicting a Murderer.

Welp, according to Avery’s lawyer Kathleen Zellner, the man has no credibility.

As Patch.com reports, in 2016, Wisconsin murderer Joseph Evans mailed a nine-page typed letter to several Wisconsin news media outlets claiming that he had befriended Avery in prison and Avery confessed to murdering Teresa Halbach during their time as cellmates.

Zellner: Confessor In Making A Murderer Case Has No Credibility https://t.co/3TNWFQ6lFb

He wrote at the time that Steven admitting to seeing Halbach in the salvage yard and thought she’d be an “easy lay” because he didn’t think she was pretty, outside of her “sexy bottom.” He then claimed that the day Avery killed her, he called up the auto trader magazine to get Halbach to return with the intention of asking her to “go out to dinner with him or for a few drinks at the tavern.”

Now, Evans, who was sentenced to life imprisonment for killing his wife in 2008 (and first claimed it was accidental), has circulated another lie via a letter to Zellner that claims he himself killed Halbach. The letter comes in the wake of Zellner announcing a $100,000 reward for information leading to the arrest of Halbach’s real killer.

Zellner told Patch that she spoke to Avery over the phone and her client “laughed out loud” at Evans’ “confession.”

In the latest long-winded letter, dated September 19, 2019, Evans would continue to spill details of killing Halbach as long as Zellner put $13,000 onto his prison bank account through the Wisconsin Department of Corrections.

TL;DR summary of the letters is as follows:

Evans starts by stating he was making the claim to collect the reward (pretty sure you don’t get it if you’re the fucking killer numb nuts.) He then says that he stopped by Avery’s yard to pick up a car part and accidentally hit Halbach, who fell and hit her head on a rock, knocking her unconscious. He then says that pleaded with a lady in the back cargo area to take her to the hospital, but she was dead already.

Evans then says he drahhed Halbach into the empty Avery home and shot her three times before driving her to the gravel pit behind the home.

Evans has a pretty good grasp on the cursory details of the case, but he so obviously tries to explain his actions around them, which add up to be completely irrational.

Despite the phony confession, Zellner still says she has some meat to chew from elsewhere.

To Steven’s followers: Do not be discouraged by recent events. We have some very credible tips and when verified we will send to LE. No more publicity stunts!! No more deposit slips!!!#MakingaMurderer #TruthWins