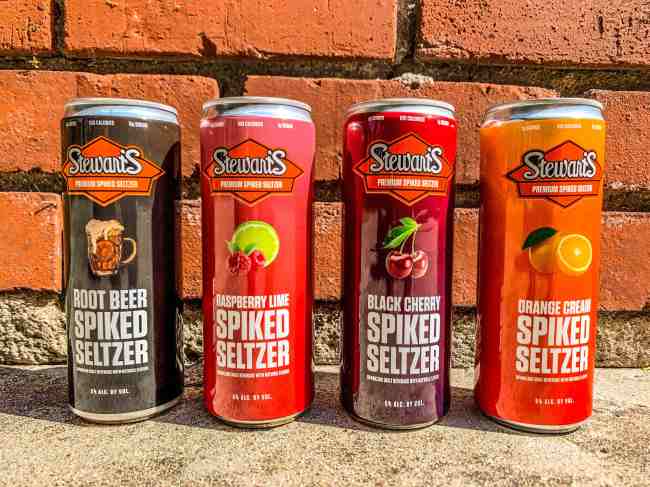 Growing up, Friday night in my house was pizza night. Never Tuesday, never Sunday. Always Friday. My dad would get two large pizzas and a two liter bottle of root beer for all five of us to split, usually while watching either an NBA double-header or Boy Meets World and the rest of the TGIF line-up.

We were a big root beer house. That Friday night root beer with pizza was always something to look forward to; a tiny reward for making it to the end of the school week.

I still love root beer to this day.

Stewart’s Soda Root Beer – founded in 1924 in Mansfield, Ohio – has always been a top tier root beer brand to me. It tastes smooth and timeless, with just the right ratio of fizz to sweet licorice syrup. Maybe it’s the glass bottles, but there’s something about it that makes me wistfully nostalgic – like a Norman Rockwell painting in a bottle.

Now us adult root beer lovers can look forward to that same Stewart’s Soda experience in the form of a spiked seltzer.

As an evolution of the brand founded by schoolteacher Frank Stewart in 1924, Stewart’s is rolling out a line of hard seltzers based on the flavors of their popular, old fashioned sodas.

Starting this spring in the Northeast, Stewart’s Spiked Seltzer will be available in a 12 can variety pack, containing three of each flavor – Root Beer, Orange Cream and Black Cherry and an all-new Raspberry Lime flavor. It’s also available in four-packs. 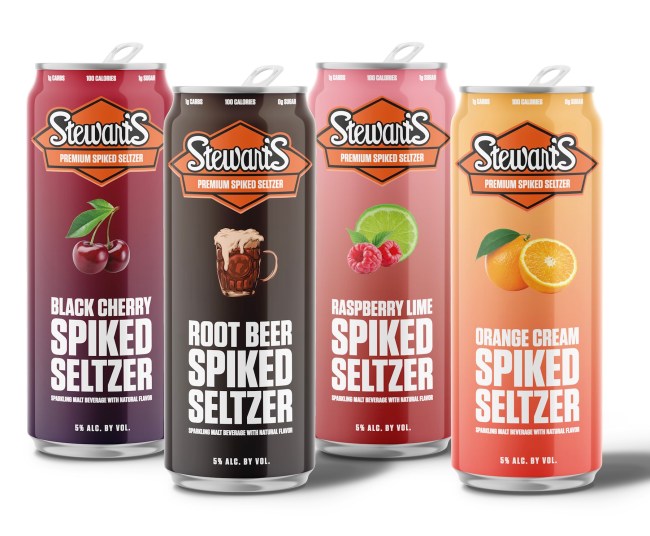 I got a chance to sample a variety pack. I can confidently say Stewart’s Spiked stands out as a refreshing new player in the hard seltzer taste, perfectly mixing the flavors of childhood and adulthood in a slim, 12 oz. can.

Unlike the Not Your Father’s boozy soda movement that was popularized a couple years back, Stewart’s Spiked Seltzer isn’t overwhelmingly sweet. It’s crushable while still being extremely enjoyable – balanced like a proper hard seltzer.

It’s a Friday night night seltzer that pairs perfectly with pizza – a way to toast for making it to the end of the week.

The Stewart’s Hard Seltzer Orange Cream has that signature creamy taste, like a refreshing boozy creamsicle. Black Cherry is mixes a tangy cherry taste with a sweet creaminess, like an fizzy old fashion soda float.

Similar to other hard seltzers, Stewart’s Hard Seltzer is relatively low cal: It clocks in at 5% ABV, boasting only 100 calories, with 1g sugar and 1g carbs. It’s gluten free, vegan, and made with natural flavors.

“At the heart of Stewart’s is the American dream – freedom, family, fun and opportunity. Our goal with Stewart’s Spiked Seltzer is to bring back the ‘good life’ with a classic taste of Americana, made modern as a hard seltzer.”

Nostalgia in a can.

It’s absolutely worth picking up if you see it around. The rollout starts in the Northeast before expanding to other states this year. 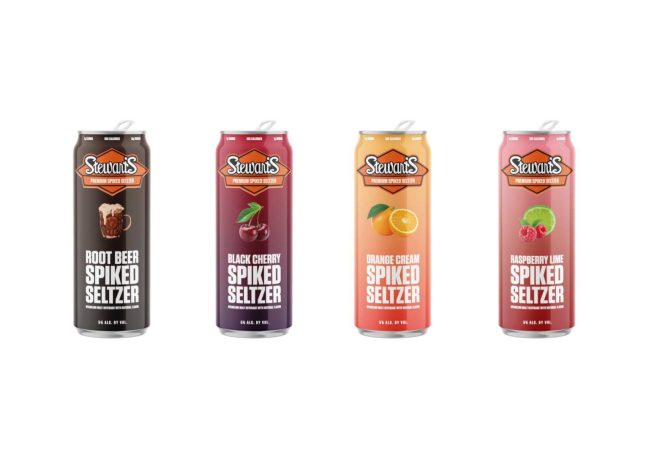