Stone Cold Steve Austin Playing Video Games Is One Of This Year’s Funniest, Most Unexpected Memes 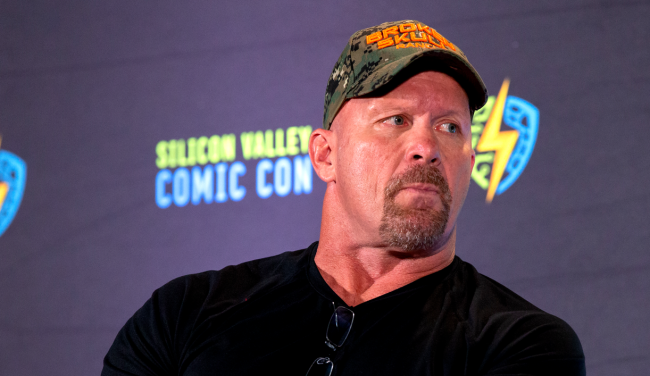 When it comes to the internet, you never know what topic or subject matter will trigger a great new meme.

For example, who would have ever imagined that WWE legend “Stone Cold” Steve Austin playing video games would (1) ever be a thing that actually happened, and (2) that the internet would take such an unexpected event and turn it into a glorious meme.

Because that is exactly what happened recently after Steve Austin had WWE star Cody Rhodes as a guest on his Broken Skull Sessions podcast.

During the “30 Second Shot Clock” (a rapid fire Q&A session), Austin asked Rhodes what the best Zelda game is. Cody answered “Ocarnina of Time, hands down.”

“No, dude, Breath of the Wild,” Austin responded.

The unusual question from Austin stemmed from the fact that Cody Rhodes has publicly expressed his love for Zelda: Ocarina of Time on more than one occasion.

Ocarina of time. It changed everything. It’s the Big Bang of the industry and the title. I appreciate objective nerd grading that we all do, but there’s only one messiah…and it was OOT. That journey shaped some of us. I didn’t need books growing up, because I had games like it.

“Obviously it’s Ocarina of Time for Zelda,” Rhodes also told a fan during a panel at the wrestling fan convention Starrcast in 2021.

It was even brought up this year during a match during Wrestlemania 38 by announcer Corey Graves.

Who: Corey Graves @WWEGraves
Where: Wrestlemania 38
Miscellaneous: While commenting on the “Cody vs Rollins” match, Graves referenced Ocarina of Time: “The flow of time is always cruel and a thing that doesn't change with time is just a memory of younger days.” pic.twitter.com/ue6n7mFmF3

Later on Twitter, just to take things even further, WWE shared a photo of Stone Cold Steve Austin playing the video game Breath of the Wild on the Nintendo Switch.

.@steveaustinBSR has had a lot of fun on the latest episodes of #BrokenSkullSessions. Look back at a few behind the scenes photos and get ready for an all new episode premiering next Friday!

As anyone familiar with the internet is aware, a TV screen in a photo is one of the easiest things to immediately turn into a meme, which, of course, wrestling Twitter quickly jumped on with the question, “What game is Steve Austin playing during some Broken Skull Sessions downtime?”

What game is Steve Austin playing during some Broken Skull Sessions downtime? pic.twitter.com/qllCdZaPEC

Strikes me as a Destruction Derby sort of guy pic.twitter.com/zEFyFmFIMk

And on and on it went…