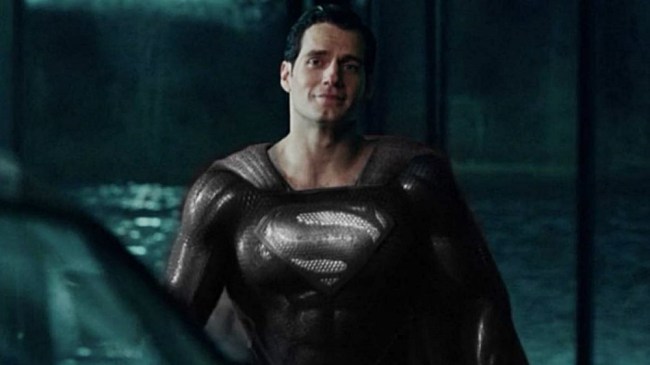 Over the weekend, Zack Snyder hosted “Justice Con”, which was sort of a mini-Comic-Con like panel that saw the Man of Steel and Batman v. Superman: Dawn of Justice director further discuss the highly-anticipated upcoming Snyder Cut of Justice League, which is set to hit HBO Max sometime in 2021.

During the panel, not only did Snyder share the first real look at Henry Cavill in Superman’s iconic black suit, but he also had quite the interesting quote when asked whether any of Joss Whedon’s footage — The Avengers director who took over the project after Snyder walked away due to a family tragedy — would appear in the final film.

“That is a fucking hard fact. I literally would blow that thing up, if I thought for a second…Anything you see in this movie that reminds you of the theatrical release — which again, famously, I literally have never seen — would be because that was a thing that I had done, and was being borrowed for whatever, that Frankenstein’s monster that you got in the theater.”

Snyder’s tone regarding Justice League has been fascinating, especially once The Snyder Cut was confirmed by Warner Bros. and HBO Max – the man seems rightly intent on making it abundantly clear that the version of Justice League fans eventually saw has close to nothing to do with him, and that this new project will be something new entirely.

You can’t really blame Snyder, either, as the disparity between Man of Steel and Batman v. Superman and then Justice League is truly stunning. Say what you will about Man of Steel and BvS, but at least they were uniform in tone and arc. Justice League, on the other hand, seems as though it was teleported in from another franchise entirely. Now, Snyder is finally being given his chance to complete his story and I’ve got a gut feeling he’s going to knock it out of the park.