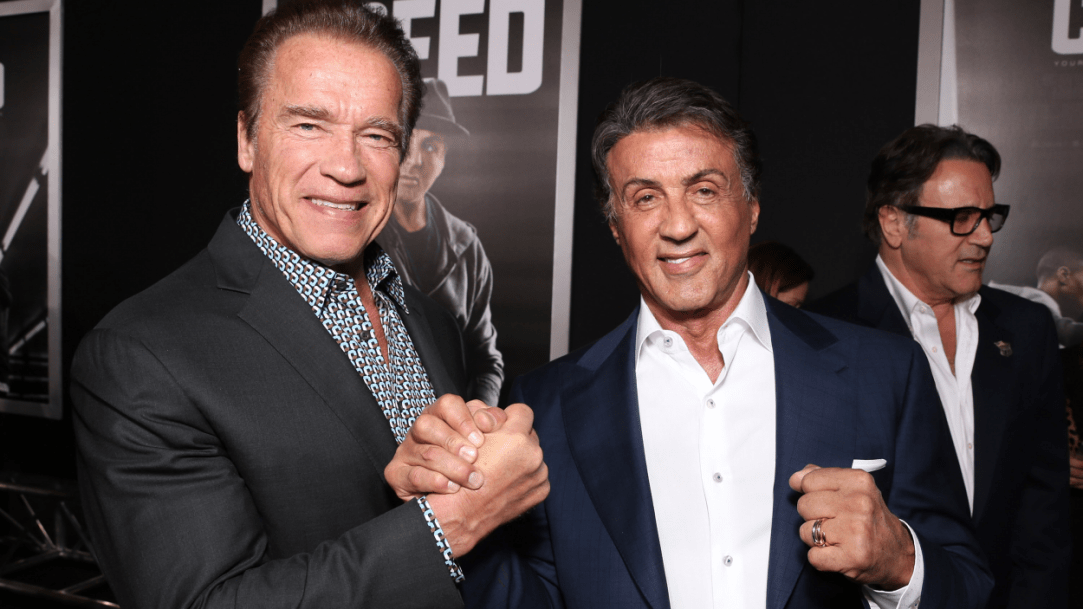 Sylvester Stallone and Arnold Schwarzenegger are two of the most iconic Action film stars in Hollywood history. They are THE titans of their industry.

For the past few decades, Sylvester Stallone and Arnold Schwarzenegger have been very close friends. They appeared on-screen together across The Expendables films as well as in Escape Plan. These guys regularly name-check each other as dear friends. But decades before that they actually hated either other’s guts, according to recent comments from Sly.

Speaking with the press ahead of the premiere for Sly’s new Paramount+ series Tusla King, Stallone shared how he and Arnold Schwarzenegger were enemies before they were friends. Sylvester Stallone revealed how Arnold Schwarzenegger tricked him into making one of his worst movies, but there’s more on that below. He also told Scott King of Forbes why it was this way, saying:

“We really disliked each other immensely because we were… this may sound a little vain, but I think we were pioneering a kind of genre at that time and it hasn’t been seen since really. So the competition, because it’s his nature, he is very competitive and so am I… and I just thought it actually helped, but off-screen we were still competitive and that was not a healthy thing at all, but we’ve become really good friends.”

It makes perfect sense. They were competing for the same parts while pioneering a new genre alongside other actors like Jean-Claude Van Damme, Wesley Snipes, and Dolph Lundgren. You could really include anyone who appeared in The Expendables on that list.

In another interview leading up to Stallone’s premier for his new Paramount+ series Tusla King, Sly revealed how Arnold ‘tricked’ him into making Stop! Or My Mom Will Shoot. Stallone told THR he believed Arnold tricked him into making the god awful movie by floating around the Arnold wanted the part.

Upon hearing that, Stallone said “I had heard Schwarzenegger was going to do that movie and I said, ‘I’m going to beat him to it.’” and added “I think he set me up.” THR then reached out to Arnold Schwarzenegger to confirm/deny the report that he set up Sly and he said “it’s 100 percent true.”

It is comical to think about how many hundreds of people are employed on a film set and then think about how Sylvester Stallone wound up with the role because of an Arnold Schwarzenegger prank. Celebrities, they’re just like us…