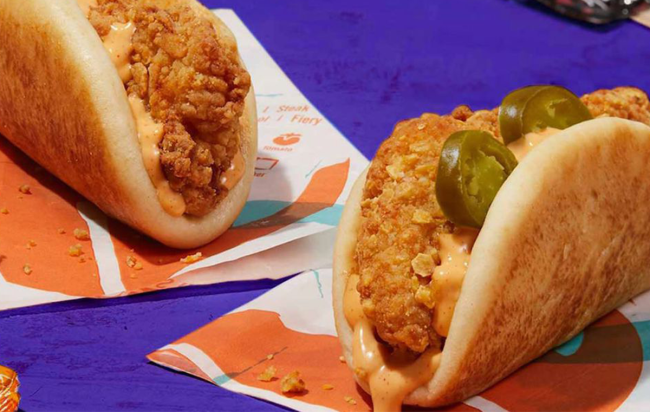 This summer will mark the second anniversary of the fateful day Popeyes fired the fast food equivalent of the shot at Lexington that officially sparked the American Revolution with the menu item that’s responsible for kicking off the Great Chicken Sandwich War that continues to rage to this day.

Popeyes initially found itself engaged in literal and figurative battles against customers who would stop at almost nothing to get their hands on the hottest commodity the fast food world had seen since McDonald’s brought back its Szechuan Sauce, as one man filed a lawsuit after failing to secure one and one location was placed on lockdown after an armed mob attempt to storm its doors.

Following the release of the unexpected sensation, plenty of other restaurants scrambled to get in on the action by introducing some very unconventional twists on the chicken sandwich, drawing inspiration from some specific regions, and shamelessly jacking the concept Popeyes shamelessly jacked from Chick-fil-A.

Now, a new challenger has entered the arena, as Taco Bell has announced it’s unleashing what may be the most intriguing offering yet in the form of its new Crispy Chicken Sandwich Tacos, which CNBC reports will be hitting the menu at select restaurants in Nashville, Tennessee and Charlotte, North Carolina on March 11th.

The chicken tacos mark Taco Bell’s newest attempt to lure in customers by branching out from its Tex-Mex roots and incorporating other cuisines, as it’s been removing some beloved staples from its lineup over the past couple of years while testing out products like chicken wings and French toast chalupas.

The new tacos—which will sell for $2.49 a pop—will feature fried chicken breaded with crushed tortilla chips nestled inside a doughy flatbread and complemented by a chipotle sauce (if you’re looking to kick things up a notch, you’ll also have the option to add jalapenos to throw some heat into the mix.)

There’s no telling if these will end up making their way to restaurants around the United States, but I would like to take the opportunity to humbly encourage people in the two areas where they’ll be tested to do everything in their power to prove there’s some demand for them. I don’t want to say the fate of an entire nation rests solely on their shoulders, but at the same time, it’s going to be hard not to hold a small grudge against both of those cities during the rest of my time on the planet if they fail to come through in the clutch.