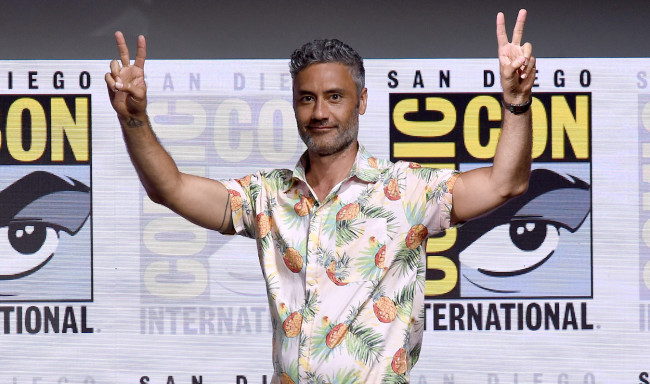 A few months after it was reported that Disney had approached the Academy Award-winning writer and director, it has been officially announced that Taika Waititi will be directing a new Star Wars film. The announcement from the official Star Wars website comes on Monday, May 4th, which is known worldwide as Star Wars Day (May the Fourth be with you).

It’s been a busy couple of weeks over at the Lucasfilm offices, as it was also recently announced that Russian Doll co-creator Leslye Headland had been tapped to develop a “female-centric” series for Disney+.

Joining Waititi on the screenplay will be Academy Award nominee Krysty Wilson-Cairns (1917, Last Night in Soho), who received a BAFTA Award for Outstanding British Film of the Year on the three-time Oscar-winning film, 1917. [via Star Wars]

As the official announcement points out, Waititi is no Star Wars rookie, as he recently directed the season one finale of The Mandalorian, in addition to voicing the IG-11 droid.

At this time, it is unclear when the Waititi-helmed Star Wars film will be released. The recent Academy Award winner certainly has a busy upcoming schedule, as the Michael Fassbender-starring soccer film Next Goal Wins was due out later this year, while Thor: Love and Thunder was set to hit theaters in 2021.