If You’re Planning On Traveling For Thanksgiving, I Have Some Bad News About Traffic 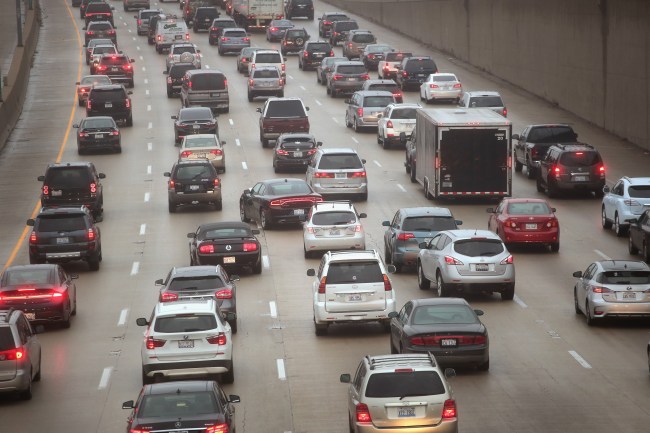 If you’re traveling home for Turkey Day via air or ground, you may want to sit down for this. You need to prepare emotionally for the trip you’re about to embark on. It’s no secret that Thanksgiving is the traffic equivalent to riding a mechanical bull with a hemorrhoid. But, buckle up, because this year may be the worst Americans have seen in more than a decade.

Nearly 51 million people will travel 50 miles or more this holiday weekend — the highest travel volume since 2005, and a 3.3% increase from last year,  according to data from the American Automobile Association (AAA) and INRIX, a global transportation analytics firm. Those traveling this year represent 15% of the country’s population.

Eighty-nine percent of travelers will journey by car. AAA found car rentals average around $70 per day — 34% higher than last year. Those flying to their destination, however, may have booked a cheaper Thanksgiving trip than usual. According to AAA, the average cost for round-trip flights was the lowest in five years.

The good thing is that the increased number of Americans traveling is in part due to a strong economy and labor market, Forbes reports. The bad news is that there will be a lot of drivers punching their steering wheels while they sit in a road doubling as a parking lot.

No matter where you’re coming from, Wednesday late afternoon will have the most traffic, Google claims. Google suggests heading out Thursday morning or, after 9:00 pm on Wednesday. The most congested cities for Thanksgiving travel will be Los Angeles, New York, and San Francisco, respectively. Check out my colleague Cass’ post about traveling like an expert this Thanksgiving to save yourself some time.

Word to the wise: fill up on gas, snacks, and cigarettes. Bring your phone charging adapter and a nature sounds audiobook to soothe the anxiety.