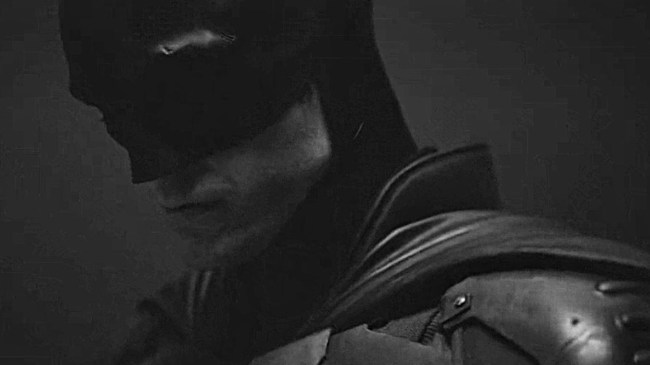 After finally revealing a first-look at Robert Pattinson’s Batman last week, the hype train for 2021’s The Batman has officially left the station, as fans can now see the pieces of the film falling into place.

With production beginning earlier this year, various behind-the-scenes photos have given fans a taste of both Pattinson’s Bruce Wayne and Collin Farrell’s Oswald Cobblepot. And now, a new set of behind-the-scenes photos may reveal which iconic Dark Knight comic book The Batman is taking inspiration from, and that comic appears to be the seminal tale of The Long Halloween. 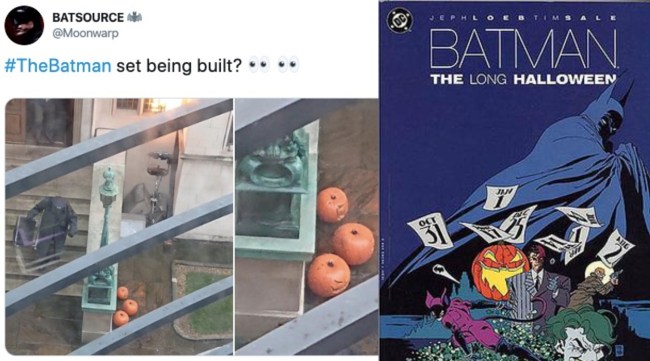 For the uninitiated, the Jack-o-Lanterns are an overt reference to the iconic mid-90s graphic novel The Long Halloween.

Written by Jeph Loeb and drawn by Tim Sale, The Long Halloween — which was originally published between 1996 and 1997 — follows a young Dark Knight as he begins his crime-fighting career in Gotham City.

Telling the story of a mysterious killer named Holiday, The Long Halloween sees Batman become allies with District Attorney Harvey Dent and Captain James Gordon while also attempting to stop the crime war between two of Gotham City’s most powerful families, Maroni and Falcone. Along the way, Batman encounters infamous Gotham enemies such as Scarecrow, Joker, Mad Hatter, Poison Ivy, Riddler, and others.

All of these elements seem to fall in line with what we’ve heard about The Batman thus far, as it’s been reported that Pattinson’s Caped Crusader will be a younger, more detective-savvy version of the character and will encounter a handful of iconic Gotham City rogues.

#TheBatman in black and white…
Pattinson is going to nail this. pic.twitter.com/tktsAWAJUI